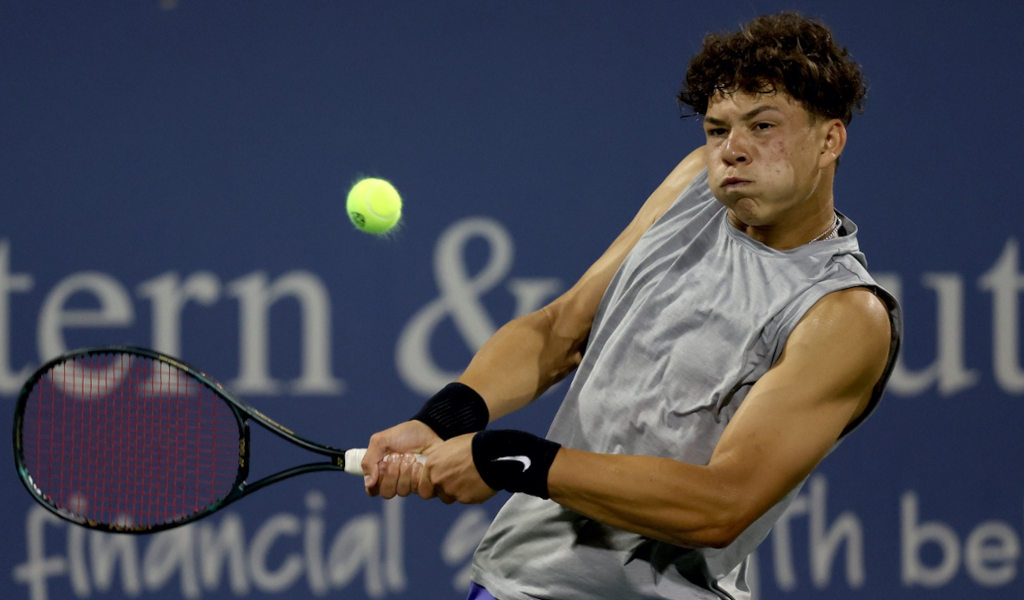 Second generation ATP professional Ben Shelton wants to his brief offseason to slow down and take stock of a season that has ended with him breaking into the top 100.

The son of former World No 55 Bryan Shelton enjoyed some standout performances at full tour-level events and the feeder tours in the 2022 term.

Shelton cut short his collegiate tennis career to turn professional and appears to have vindicated that decision.

A strong finish on the Challenger scene has seen him end the 2022 season as the World No 97.

“It’s definitely gone quick,” Shelton said. “I’m going to take this offseason and slow down a bit, enjoy myself, and also focus on some things I can improve.”

The sheer volume of tennis a player has to play to move into the upper portions of the ATP Rankings can be something a young player, especially one coming through the collegiate system, finds hard to handle.

Shelton is delighted to have been able to get through fifteen matches in just three weeks to end the season.

That effort should serve as encouragement for him to push on and become an impactful player on the ATP Tour.

“I feel pretty lucky, I didn’t expect to play 15 matches in three weeks and my body held up,” Shelton said. “It’s encouraging to me that I can play this many matches and be alright.”

Shelton has not looked back since his surprising NCAA Singles title win back in May.

He sports a 35-8 record on the ATP Challenger Tour, thanks to his three titles as well as his efforts to reach three other Challenger finals earlier in the season.

Shelton enjoyed a few big highlights on the ATP Tour proper as well.

In July, the 20-year-old took John Isner to a final-set tie-break in Atlanta.

He stunned Lorenzo Sonego and then-World No. 5 Casper Ruud at the ATP Masters 1000 event in Cincinnati and Ahead of the US Open, the lefty officially turned professional.

Shelton began the season outside the world’s Top 550 but has climbed more spots than anyone else currently inside the Top 100 in the 2022 season.

As the young American does not have any ATP Ranking points to defend until the month June, the youngest of 13 Americans in the Top 100 could be set to make a hard charge at the start of 2023.

His two-man coaching team consists of his father Bryan Shelton and Dean Goldfine.