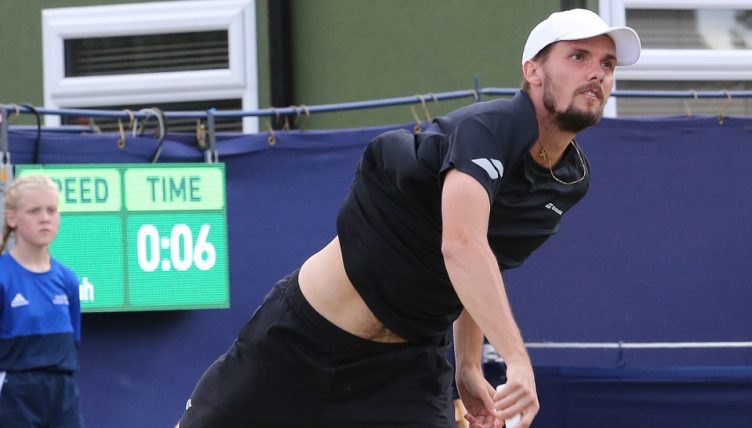 Day four of the Fuzion 100 Ilkley Trophy saw five of the top eight seeds fall during the day, with three Brits also in action in a tough ITF Pro Circuit first round.

Wednesday’s action suffered a delayed start and change in schedule due to a lengthy rain delay, but it was all action once play got underway.

The other Brits, Maia Lindsey and Katie Swan, lost to No.1 seed Kaia Kanepi and umber three seed Luksika Kumkhum respectively, Lumsden going out 6-3 6-2 and Swan – another Wimbledon wild card – in three sets 4-6 6-3 6-4.

Second seed Belinda Bencic withdrew from her opening round match due to injury against qualifier Abigail Tere-Apisah having fallen a set and two games behind.

Oscar Otte also booked his place in the quarterfinal, producing a fine display on centre court and dispatching no.2 seed Zurgen Zopp (EST) in straight sets 7-6(3) 6-3.

In the doubles competition, Bencic also retired from her match with partner Bibiane Schoofs, gifting British wild card pair Olivia Nicholls and Gabriella Taylor a place in the quarter-finals.