Williams sisters defeated in first round of US Open doubles 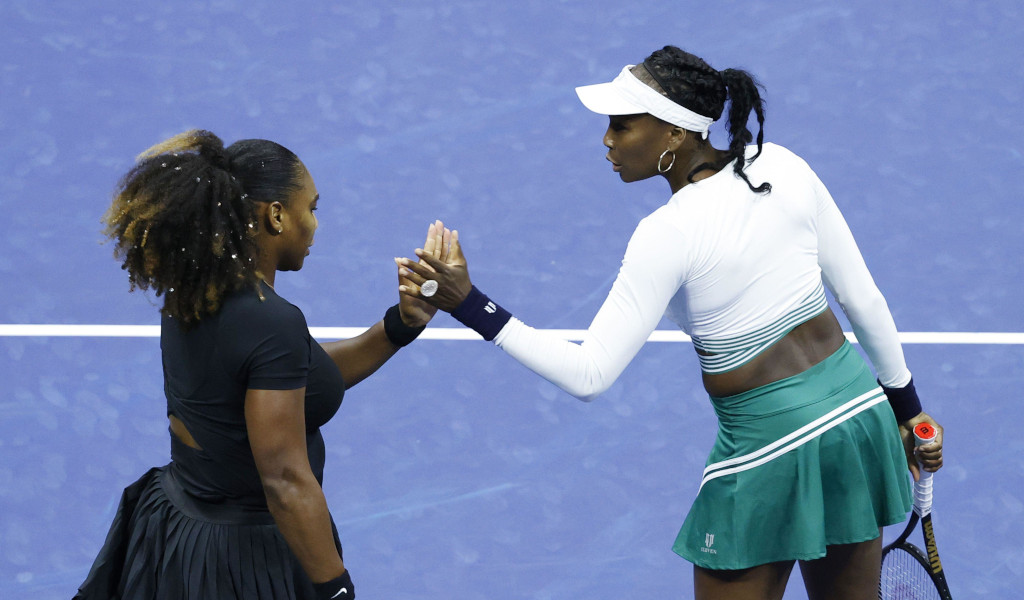 There will be no farewell grand slam title in doubles for Serena Williams after she and sister Venus lost in the first round of the US Open.

The sisters decided to give it one last whirl four years after their last slam appearance together and six years on from the most recent of their 14 titles.

The match was surely the first opening-round doubles contest ever to begin a night session on Arthur Ashe Stadium.

Venus had been hopeful of getting a result before the match having already bowed out of the singles.

“We have had some great wins,” Venus said.

“It would be nice to add some more. More than anything, I just want to hold my side of the court up and be a good sister.”

When it was announced Serena and Venus would be playing doubles, it had appeared this might be the former’s last match, but her success in singles gave this contest a slightly different complexion.

The competitive desire was very much there, and Serena again looked sharp both from the back of the court and at the net.

But Hradecka and Noskova hung on and then seized their chance in the tie-break, Hradecka threading a fine pass down the line on set point to virtual silence.

She was emerging as the key player against her fellow veterans and, although Serena and Venus retrieved an early break to get back to 4-4, a break of the Serena serve settled the contest.

Serena will now concentrate solely on trying to extend her final tournament in singles, where she will take on Australia’s Ajla Tomljanovic in the third round on Friday.

The 23-time Grand Slam champion is out to enjoy what might be her last US Open experience.

“I think I’ve mostly been kind of blocking everything out, but then at the same time I’ve been embracing a little bit of it, because I also want to enjoy the moment,” she told reporters after defeating Anett Kontaveit on Wednesday.

“I think these moments are clearly fleeting. For me, it’s really about having a little embrace but also understanding that I’m here to focus.

“I feel like everything is a bonus. So I’m just really trying to figure out which percentage I want of each.”