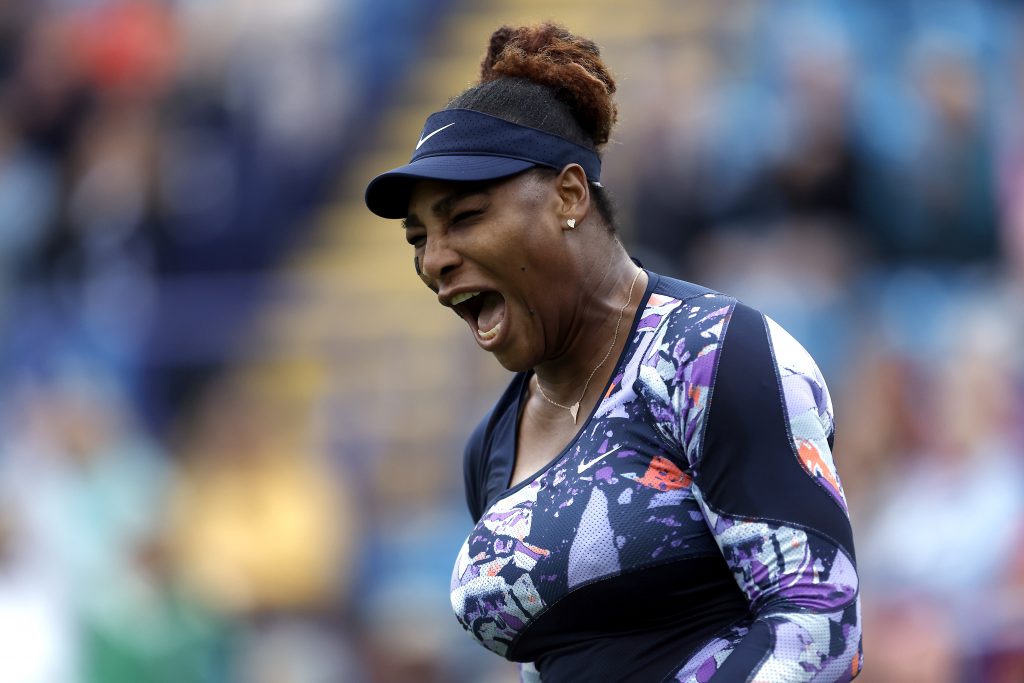 Serena Williams made a winning return to competitive tennis at the Eastbourne International on Tuesday, but the tennis great admitted at one point she was not sure she would ever play again while her long-term future remains uncertain.

The 23-time Grand Slam winner made her comeback after nearly a full year on the sidelines as she finally returned after recovering from the serious leg injury she picked up during the first round at Wimbledon last summer.

With Williams staying tight-lipped about a possible return over the past 12 months, many started to question whether or not the icon would ever return to the court.

However, she surprised the sporting world last week when she announced that she had accepted a wild card to compete at Wimbledon and would play in the Eastbourne doubles alongside Ons Jabeur.

After claiming a 2-6, 6-3, (13-11) win with Jabeur over Marie Bouzkova and Sara Sorribes Tormo, the 40-year-old explained how she had her doubts about playing again.

“Did I ever doubt I would return? Absolutely, for sure. I would be dishonest if I said it wasn’t and now my body feels great,” the American revealed.

“I definitely felt good out there and I was talking with Ons in the first set saying ‘we’re not playing bad’ because they were just playing really good in that first set.

“But obviously winning, getting more balls and playing a little bit more made us feel a lot better. It definitely felt reassuring. It has been clicking in practise and now it seems like it is clicking. It is doubles but it still means a lot to both of us to be in it.”

Williams and Jabeur will be in action again on Wednesday as they will take on Shuko Aoyama and Chan Hao-ching in the quarter-final.

Wimbledon is on the agenda next week, but former world No 1 is coy about what happens after that.

“You know what I am literally taking it one day at a time. I really took my time with my hamstring injury so I am not making a ton of decisions after this,” she said.

“I did a lot of non-training in the beginning obviously and after I couldn’t play New York I went cold turkey of not working out.

“It felt good but I always try to stay semi-fit because you never know when you are going to play Wimbledon.

“I love tennis and I love playing otherwise I wouldn’t be here but I also love what I do off the court.”