Senior umpire Bob Christianson is not buying Serena Williams’sexism claims after the US Open, and says officials have discussed a boycott of the American’s next match if she doesn’t apologise for her accusations.

Christianson, now 67, has not held back in his comments, and says umpires are ready to come out fighting if need be, suggesting he does not believe they receive enough support.

Williams’ on-court antics, in which she repeatedly berated umpire Carlos Ramos after receiving a coaching violation have polarised opinion in tennis.

However, Cristianson says that Ramos’ issuing of the penalty, and the two subsequent penalties that followed, were absolutely correct.

“That’s the worst brouhaha I’ve witnessed in my 40-plus years of tennis officiating,” Christianson said.

“We’ve never had to go to this extent. But officials are scared.

“They’re worried what happened to Carlos could happen to them. You do your job and you’re condemned for it.”

“We as officials have no spokesman or advocate for us.

“And we’re not supposed to talk to the press without permission. So we have no way to get our point across. We’re completely muzzled.

“You reach a point in life, you have to make a stand.”

Legend Billie Jean King has backed Serena’s sexism claims, and another legend, John McEnroe, has downplayed her on-court abuse of the umpire, claiming he got away with far more during his career.

Christianson, though, has batted both of those claims away though. 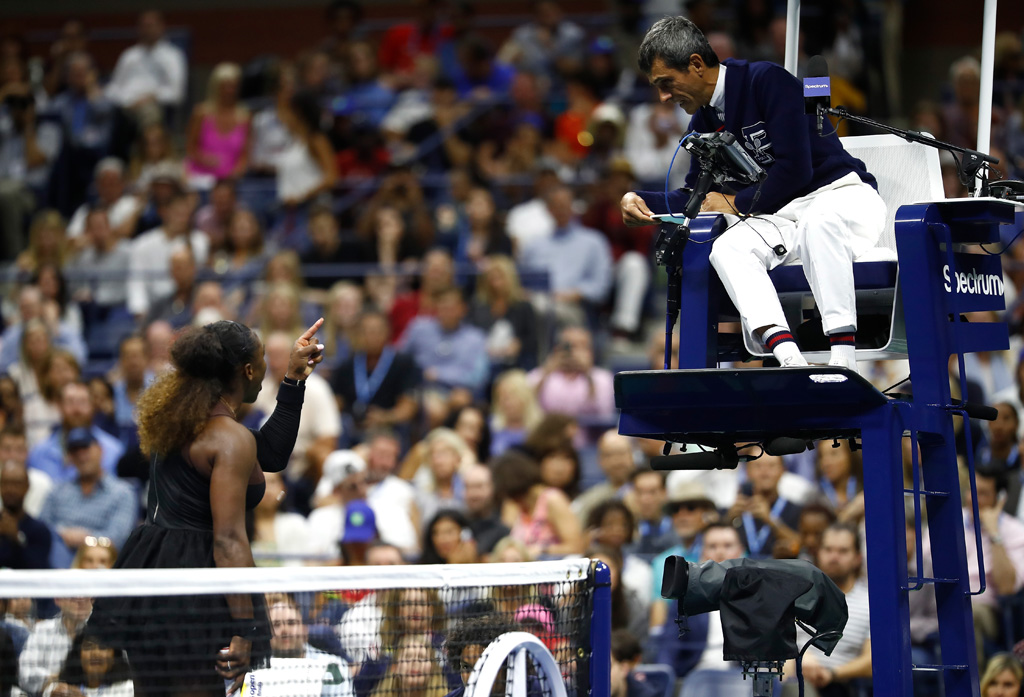 “There’s no sexism here. She’s had blow-ups like this before, usually when she’s losing.

“And Carlos is one of the best in the world. He’s been tried and tested.

“Way back in that era, they didn’t have a formalised code of conduct yet.

“They didn’t need it until those guys (McEnroe) came around.

“Once someone gets a warning and point penalty, it usually ends.

“They don’t keep badgering the official the way Serena did. She kept going. She kept pointing fingers. She wouldn’t stop.

“I did a lot of McEnroe matches. He wouldn’t go on and on, minute after minute.

“He would have, at some point, calmed down because he feared a game penalty. But she didn’t.

“And her coach admitted to coaching (a violation). And she called Carlos a ‘thief’ (and a ‘liar’).

“That’s a clear violation. So was breaking the racket.”