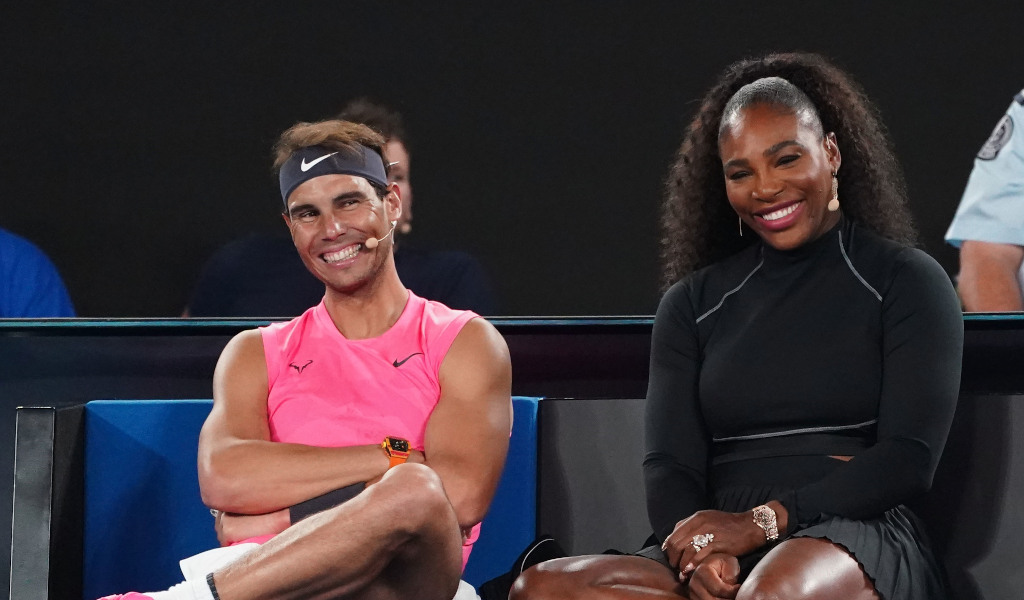 Rafael Nadal has acknowledged the enormous impact Serena Williams has had on the game.

Williams has decided to call it quits after the 2022 US Open bringing to an end a career that is unmatched for achievements and changed the game forever.

Nadal says it has been an honour to share tennis’ big stage with Williams.

Williams has been a ubiquitous figure in elite tennis for the entire 21st century having burst onto the scene in the late 1990s.

“She is one of the greatest sports [people] of all time,” Nadal said. “I feel lucky to share a tour for a long period of time with her.

“Of course, from a selfish point of view it’s sad that she’s leaving the tour but, on the other hand, we can’t thank her enough for all the things that she did for our sport.

“I think she’s an amazing inspiration for a lot of people around the world and I think she deserves to choose whatever works for her better at this stage off her life. So I wish her all the best.”

Williams’ retirement comes as no great surprise given she had already seemingly transitioned to being predominantly focused on her business and investments as well as other off-court projects.

She further admitted that motherhood did not gel with the life of a WTA professional and has said she wants to be around to play an active role in her child’s life.

There is more than a hint of cosmic injustice that Williams’ complicated pregnancy and subsequent physical and mental health problems likely denied her the opportunity to win more than the 23 Grand Slams she collected.

Williams was a trailblazer in regard to leading the fight for equal pay for WTA Tour professionals, achieving equal prize money in Grand Slams although there are notable discrepancies elsewhere on the tour especially in events with dual tour status.

She could be set to become the first former tennis player to become a billionaire with her investments in major sports teams set to inflate her net worth in the coming years drastically.

At the heart of this impending spike is her stake in Angel City Football Club.

The value of her stake in the club is reportedly set to triple in the coming years, and her value as a commercial partner is unlikely to be greatly diminished by her retirement.