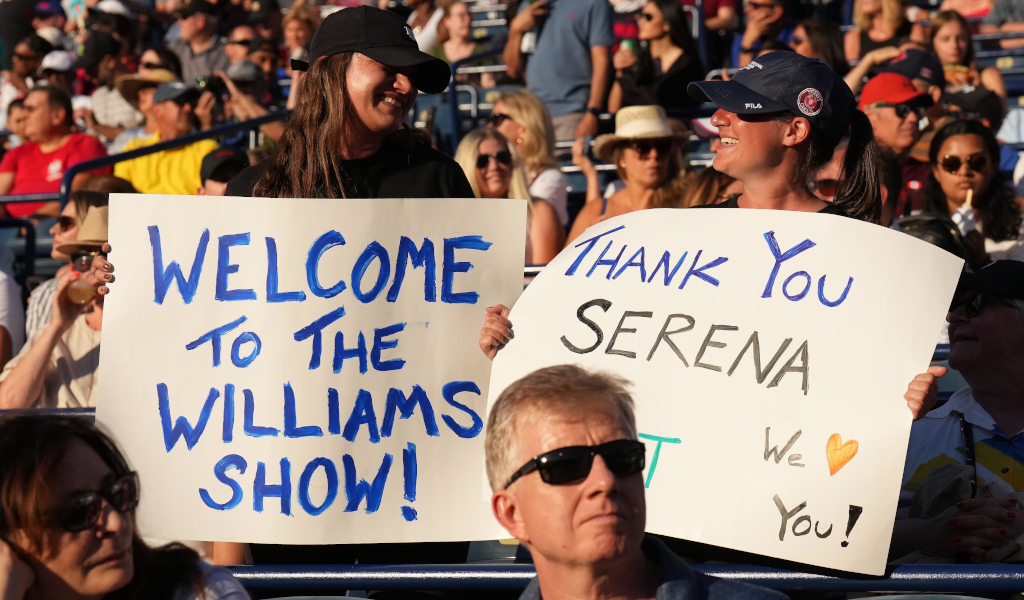 The tributes continue pour in for Serena Williams after the tennis icon announced that she is “evolving away from tennis” with Mats Wilander not only saluting her for being an all-time great, but also for showing “she’s human”.

Having played only a couple of matches in the last year, there had been several whispers the past few months that Williams could hang up a racket, and on Tuesday she confirmed that she is to retire as she announced that the US Open is likely to be her last professional tournament.

The soon-to-be 41-year-old has transcended sport as she – along with older sister Venus – broke racial and gender barriers, among other things, and dominated tennis for nearly three decades.

Williams has won the most Grand Slams of any player – man or woman – in the Open Era with her 23rd major coming at the 2017 Australian Open when she was a few weeks pregnant while she also spent 319 weeks atop the WTA Rankings.

Although she reached four Slam finals after giving birth to her daughter Alexis Olympia, she finished runner-up at all four and remains one behind Margaret Court’s overall record of 24 majors.

“Serena Williams saying farewell to professional tennis is going to be a sad day, she has meant so much for the sport of tennis. Not just on the women’s side, but the men’s side as well,” the Swede told Eurosport.

“She has transcended the sport and taken tennis into living rooms and TVs that normally would not watch tennis. Serena Williams is considered the greatest female tennis player of all time, maybe the greatest player male or female.

“I remember the heartbreak of her having 23 Grand Slam titles and making a couple of finals and not being able to get that elusive 24th.

“I also remember when she lost to Roberta Vinci at the US Open [in the semi-finals], when she had a chance to win the Calendar Grand Slam a few years back [in 2015].

“Serena has shown she is one of the greatest athletes of all time in any sport, but she’s also shown that she’s human, and that’s where our passion and admiration for Serena Williams… it really doesn’t end anywhere.”

Having lost in the second round of the Canadian Open, Williams will next be in action at the Western & Southern Open in Cincinnati, Ohio, next week before the curtain is expected to fall on her brilliant career at the US Open, which starts on August 29 at Flushing Meadows.

Wilander added: “Great things are still to come for Serena, at this moment I’m assuming the US Open will be her last tournament. If it is, I’m going to be one of the saddest people in the world, but also very proud and honoured to have covered her for so many years for Eurosport.

“Good luck Serena, and thank you for all you have done to our sport.”