Serena Williams: I’m just getting started and I can be even better than I was before 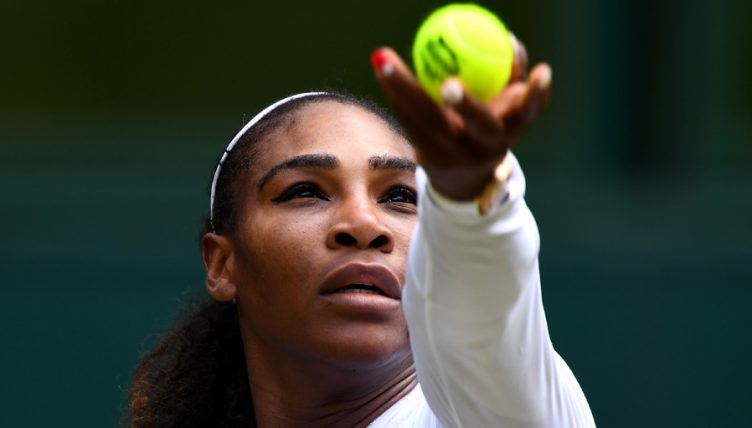 Serena Williams says fans and rivals can expect a lot more from her after she moved into the quarter-finals of Wimbledon.

The 36-year-old is back on tour after a lengthy absence to start a family, and she’s looked ominously close to her best again at Wimbledon.

She, though, insists he’s just getting started – and she wants to be even better than she was before.

“There’s a lot to improve on. This is only my fourth tournament back,” said Williams.

“For me, there’s so much farther I want to go to get back where I was, and hopefully go beyond that.

“I’m always striving for perfection. There’s a lot of things that, I don’t know if you can tell, but I really need to work on. Hopefully I can get there.”

Williams has a great chance of winning an eighth Wimbledon crown this year after all ten of the top seeds were eliminated before the quarter-final stage for the first time in Open-era history.

However, she says that no one should fall into the trap of believing that mans the rest of the tournament is a mere formality for her.

“On both sides, the men’s and women’s, there have been a tremendous amount of upsets,” she added.

“I don’t think this has happened to this extreme. But also I’ve never been ranked where I am when this has happened before, so usually I’m one of those few seeds left that’s still fighting and still in the tournament.

“I have a long way to go. I’m only in the quarter-finals. It’s not about wrapping up a win. It’s like all the other women that are still in the draw. Each of us, seeded or not, we’re just here to do our best.”