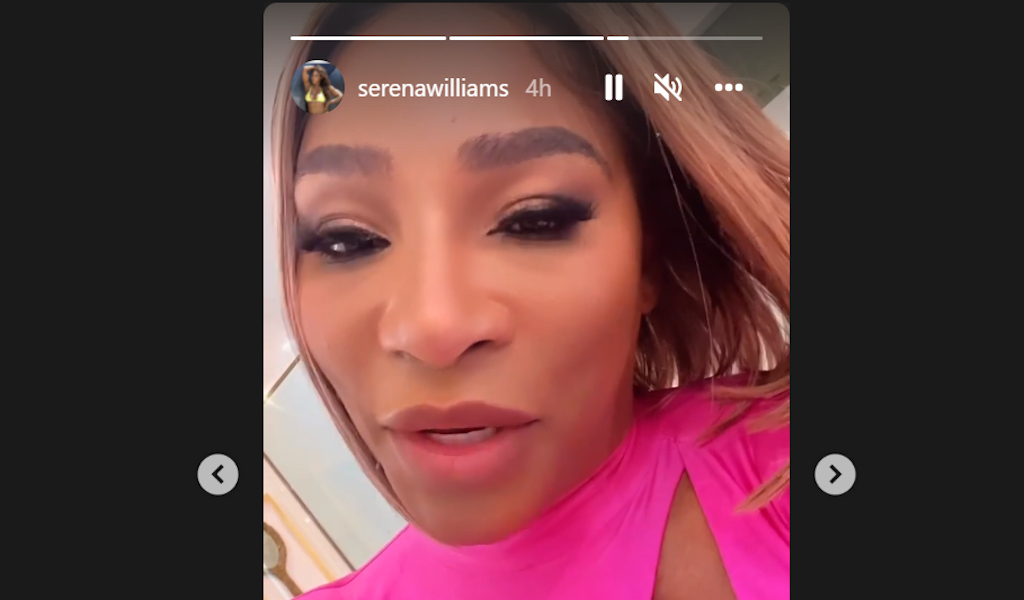 Serena Williams had the time of her life at one of the weddings of 2022 as she partied way past her bedtime after Brooklyn Beckham and Nicola Peltz’s tied the knot.

The 23-time Grand Slam winner and her sister Venus were among the 300 guests who attended the nuptials of Beckham and Peltz in Palm Beach, Florida, with chef Gordon Ramsey, actress and Eva Longoria, and Spice Girls Melanie Brown and Melanie Chisholm also in attendance.

Serena and Venus presumably attended Saturday’s event as one of the guests of Brooklyn’s parents, David and Victoria.

In the early hours of Sunday morning, Serena posted an Instagram Story saying: “It’s so time for me to go to bed right now, I’m like, go to bed Serena, go to bed. I just need an intervention on sleep. Goodnight – or good morning!”

The 40-year-old Serena remains on the sidelines as she is still recovering from an injury she picked up at Wimbledon last year.

However, the former world No 1 has recently hinted that she is closing in on a return</strong> saying that her coach Patrick Mouratoglou has “been hyping me up and getting me ready for Wimbledon. Can’t wait”.

Williams is a seven-time Wimbledon winner with her last title coming in 2016 while she finished runner-up in 2018 and 2019. This year’s Championships at the All England Club will kick off on June 27 with the women’s final taking place on July 9.