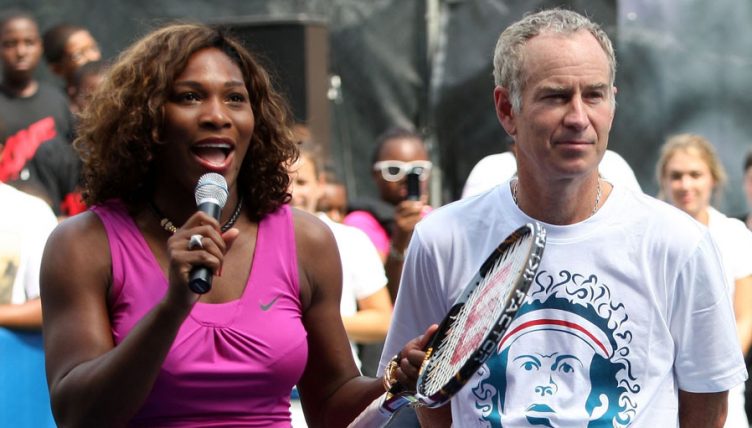 John McEnroe says he would still back himself to beat Serena Williams.

The 59-year-old has often been the centre of the debate on the battle of the sexes in tennis, and he was asked the question again over the weekend.

“The short answer is, as of this moment, if I trained properly and worked hard, I still believe that I could do it,” McEnroe told the Nine Networks’ 60 Minutes on Sunday night.

McEnroe was once offered $1million by Donald Trump to play either Venus or Serena Williams but declined.

“It’s not something I ever wanted to do, honestly,” added McEnroe, “but it’something that I’m always asked.

“I don’t know why I’m the guy. Why doesn’t he ask someone else?

“Go ask any of the other players, whoever the hell it is.

“It’s always me that somehow, it’s like I’m the one.

“It started in Australia 20 years ago because Serena and Venus when they were, I think ,18 and 19 or whatever said ‘we can play with the guys and beat the guys’.”