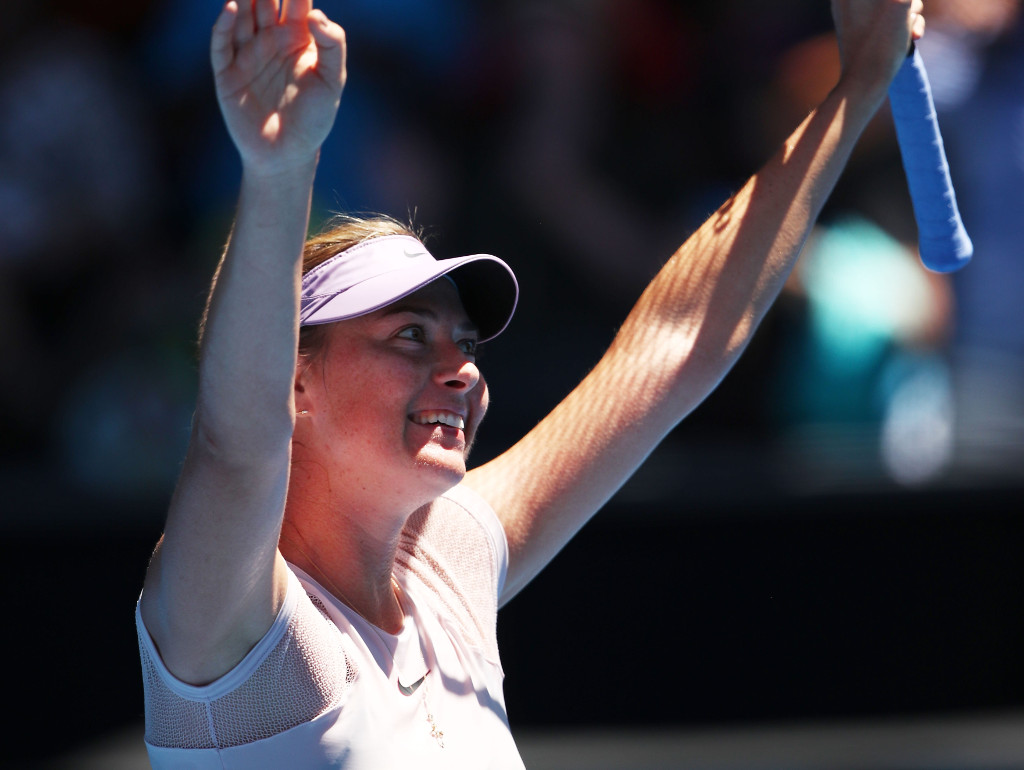 Maria Sharapova is through to the third round of the Australian Open after easing past Anastasija Sevastova 6-1, 7-6(4) on Thursday.

Competing in her first Grand Slam since returning from a drugs ban, Sharapova was in fine form at the Rod Laver Arena despite having to contend with the searing heat.

As the temperature headed towards the 40’C mark, the former World No 1 came out firing, taking 14th seed Sevastova 6-1 in the one-sided opening set.

Sevastova fought back in the second but it was Sharapova who came through in a tiebreaker to win in straight sets.

"Walking through that tunnel is extremely special…it gives me the motivation that I can do it again."

Ten years on from her only #AusOpen title, @MariaSharapova is looking for a second.#AusOpen pic.twitter.com/Df86eFOJ76

Speaking after her win, Sharapova said: “I had really tough matches against her. Despite winning our last match, I faced two match points and barely got through that one, 7-6 in the third.

“You know, it’s a warm day. I did my job in two sets against someone that’s been troubling in the past for me.

“So third round of the Australian Open, I don’t know, I think I deserve to smile out there after that victory.”