Simona Halep ‘happy to be back, happy to play pain-free’ as she gets first victory after lengthy layoff 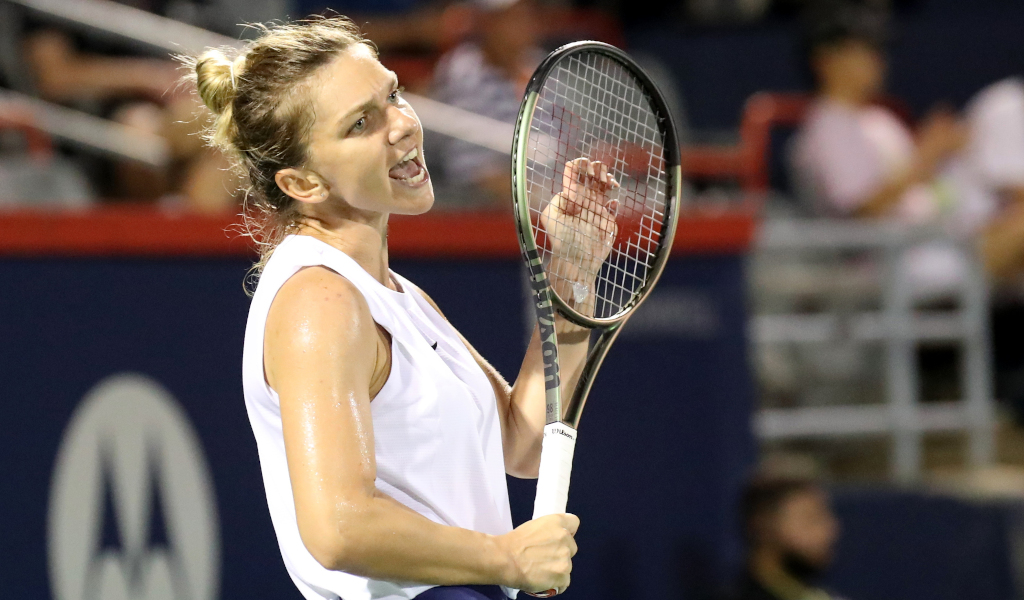 Three months after picking up a serious injury, Simona Halep finally tasted success on the WTA Tour again after winning her first-round her match at the Western & Southern Open.

Having been forced to miss the French Open, Wimbledon and Tokyo Olympics due to a torn calf muscle, the Romanian made her return in Montreal last week, but lost in her opening match.

She didn’t have it all her own way against Magda Linette as the Pole was excellent while the elements also played its parts, but eventually ran out a 6-4, 3-6, 6-1 winner in over two hours.

Back to winning ways 😄

The three-time Cincinnati winner broke in the first game of the match, but Linette drew level in game six only for the two-time major winner to get another break in the next game.

Linette raced into a 4-1 lead in the second set after breaking in game two and Halep needed a medical timeout for treatment on a right leg before a lengthy rain delay held things up.

However, the 12th seed returned and swept aside Linette in the decider to take the win.

“It was a strong match. In my opinion, both of us played really well,” Halep said.

“Maybe the rain delay helped me a little bit to find energy. I was a little bit stronger physically and mentally in the third set.

“It means a lot, I’m really happy to win. It’s always important to have victories when you come back from an injury.

“This was the first time in my life that I’ve had this kind of problem, and I didn’t really know how to manage it. But I’m happy to be back, happy to play pain-free. I’m just trying to build my confidence back.”

Simona Halep to win a three-setter against Jessica Pegula? Take a punt with Planet Sport Bet!

In a rematch of the Olympic singles final, Tokyo gold medallist Belinda Bencic again got the better of Marketa Vondrousova as the Swiss won 6-3, 7-5 to set up a clash against Shelby Rogers.