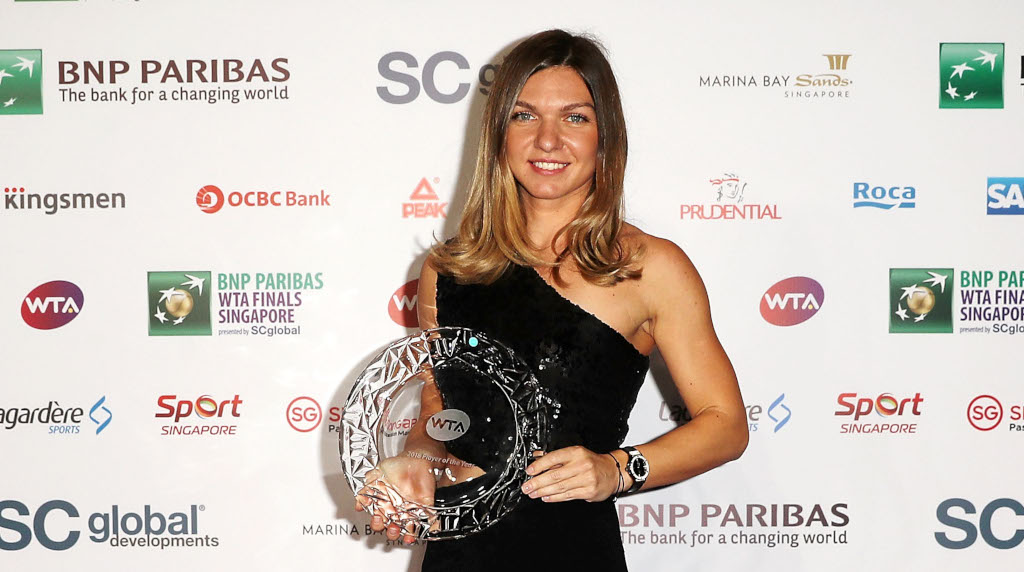 World No 1 Simona Halep has capped off a brilliant 2018 by walking away with the WTA Player of the Year award.

The Romanian scooped the prize on the back of winning her maiden Grand Slam title, the French Open in June, while she also finished runner-up at the Australian Open.

Having started the year as the world No 1, Halep briefly lost the top spot to Caroline Wozniacki after the Dane won the first major of the year in Melbourne.

However, she reclaimed the No 1 ranking a few weeks later and never relinquished it.

Besides the Roland Garros title, the 27-year-old also won the Shenzhen Open and Canadian Open while she finished runner-up at the Cincinnati Masters.

Her 2018 season, though, was cut short by a back injury as she was forced to miss the season-ending WTA Finals in Singapore.

Serena Williams, meanwhile, was named Comeback Player of the Year on the back of her return to action following more than a year out on maternity leave.

The 23-time Grand Slam winner gave birth to her first child in September and then made her comeback in March. She finished runner-up to Angelique Kerber at Wimbledon and also made the final of the US Open where she was beaten by Naomi Osaka.

Aryna Sabalenka was named Newcomer of the Year after winning two titles (Connecticut Open and Wuhan Open) and reaching two other finals.