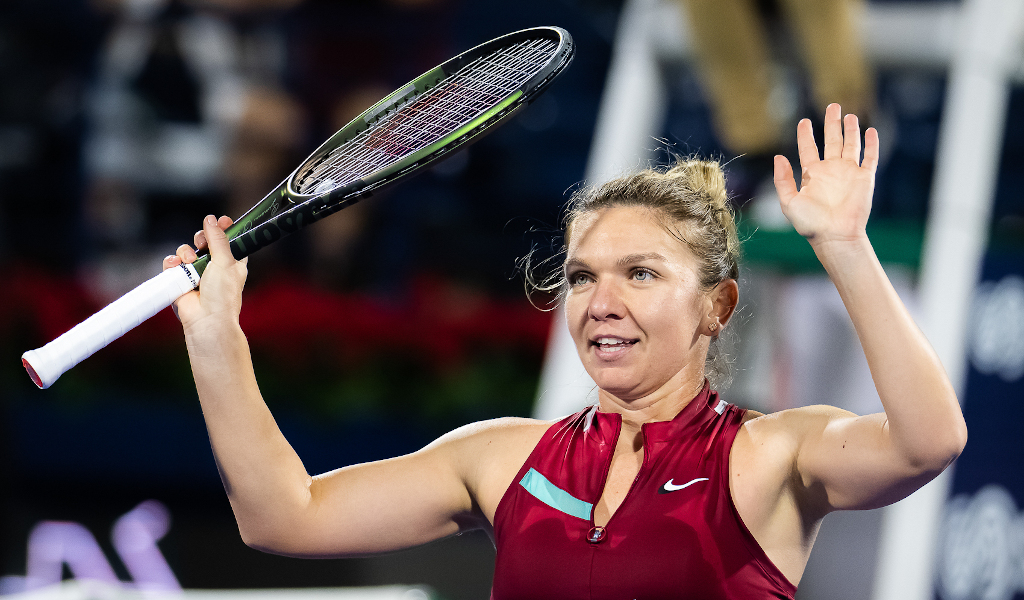 Simona Halep’s passion for tennis has returned and she has praised Patrick Mouratoglou for helping her to “feel more confident” and excited about competing at the highest level again.

Having started the 2021 season at No 2 in the WTA Rankings, Halep had an injury-disrupted campaign as she missed the French Open and her title defence at Wimbledon. After eventually returning in August, the Romanian struggled to return to form.

After starting the 2022 campaign with the Melbourne title, she failed to replicate that form at the Australian Open although there have been signs that she was starting to find her rhythm again in recent weeks.

“I feel refreshed; I feel more confident; I feel healthy. Finally! I have no problems now, with no injuries. I feel so happy to be back on the court, and I am looking forward to playing each match because I really want to continue to improve,” she told the latest edition of Eurosport’s Players’ Voice.

Halep decided to team-up with Serena Williams’ long-time coach Mouratoglou in March and she is delighted to have him in her camp as she believes he has been key to helping her to rediscover her passion for the game.

The two-time Grand Slam winner added: “I had a very different perception of him before we started to work together, and I was very surprised. I really like his personality, his energy and the way he sees tennis.

“I was actually the one who approached Patrick to propose working with him. Normally, good coaches don’t ask the players to work with them. I asked him if he was available and wanted to work with me.

“He and my former coach, Darren Cahill, are different and I don’t want to make any comparisons between them. I am also a different person now, so it is tough to compare, but both of them are great.

“Of course, I noticed specific things that Patrick did with Serena that impressed me.

“To keep a player motivated that had already won many Grand Slams and wanted to win even more is crazy good. So for that I always admired him; and now knowing him myself, I can imagine how he was with a player like that and how much motivation he brought her to help her to reach her very best.

“Patrick has brought me a lot of motivation and helped me to find my love for this sport again. It is a pleasure to be back on the court and to work hard. Everything has changed and now I have to adjust, but I feel as though I have done pretty well so far in the short term.

“I am looking forward to giving my best every time I am on the court to see how good I can still be.”

Working with Mouratoglou has resulted in several changes to her set-up, but for Halep the results are speaking volumes about the progress they have made.

“In terms of what we are focusing on, we think that I can be more aggressive. He really believes that I can do that, and slowly I am starting to believe that too,” she continued. “We are working on that aspect, but we are also working on my whole game, not just one specific thing. So everything should come together, and I am trying to follow the plan.

“Joining Patrick has meant meeting a new team and working at a new training ground in the south of France. It is a huge change for me because I am not training at home any longer. I always used to train at home in Romania, so now I am not there any longer for my tennis. It was not easy at the beginning, but now it is kind of natural and I feel great. Everyone has been very nice to me so I feel at home there.”