‘I will fight to the end for the Wimbledon title,’ vows Simona Halep after semi-final win 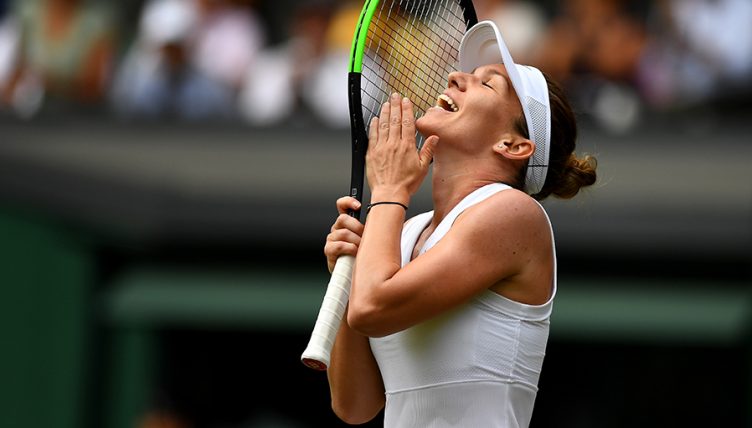 Simona Halep will get the chance to contest her first ever Wimbledon final after swatting aside Elina Svitolina in the semis.

The Romanian has been in efficient mood during the tournament, and she was ruthless in centre court before securing a 6-1, 6-3 success, despite Svitolina putting up some stern resistance at times.

Now, though, Halep can prepare for Saturday’s final, and she is confident she can win it.

“It is an amazing feeling,” Halep told the BBC.

“I am very excited and nervous, It was one of the best moments of my life and I am trying to enjoy it.

“It is not like the scoreline looks, each game went long and deep, but I am pleased with my tactics and I feel strong mentally and physically.

“I am trying to fight to the end because I really want to win this championships.”

BBC pundit John McEnroe has also backed her, saying she seems to have matured over the last year or so.

“Svitolina was understandably tight in the beginning, she loosened up and got Halep on her heels a little,” McEnroe commented.” The old Halep may have reacted differently but she got herself together.

“Now she seems like she really believes in herself. She doesn’t panic as quickly and she is moving really well on the grass.”