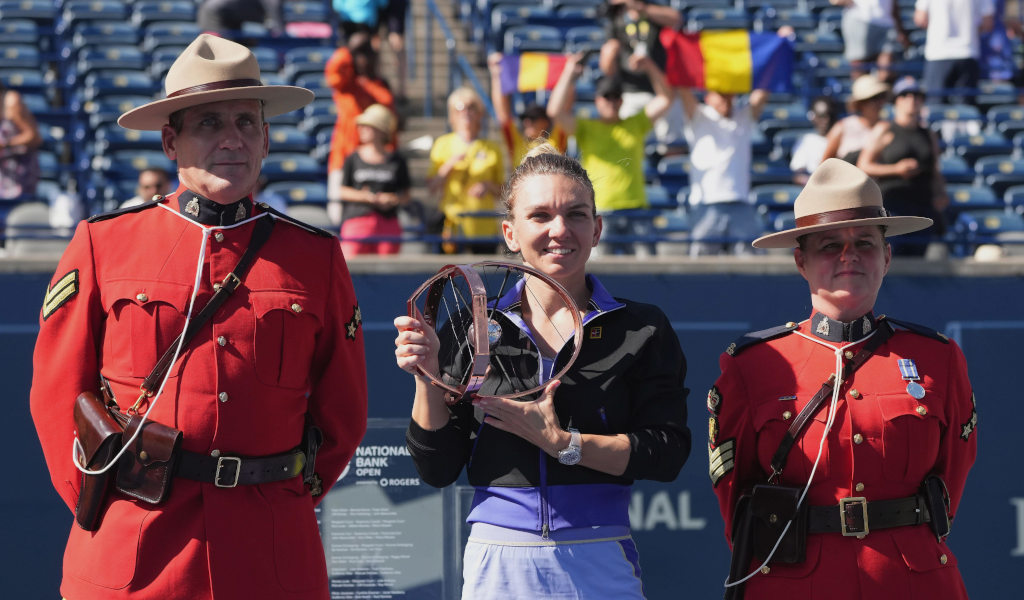 Romania’s Simona Halep claimed a 6-3, 2-6, 6-3 victory over Brazil’s Beatriz Haddad Maia to ensure that she returns to the top ten of the WTA Rankings in style and as Masters titlist.

The pair tested each other in an absorbing clash that lasted two hours and 16 minutes.

Halep extended her impressive wins record at WTA 1000 events moving out to 185 matches won in the flagship events.

It is the very first time in her career that Halep has claimed the same title on a third occasion.

As the tournament alternates between Montreal and Toronto, Halep’s two previous victories came in Montreal, but she might now have a new favourite spot in Canada.

Having dropped out of the top ten last August, two-time Grand Slam champion Halep will soar up from World No 15 to No 6 in Monday’s rankings update.

Halep’s run in Canada ensured that she drew level with Serena Williams for the Most WTA 1000 finals contested at 18.

The championship match in Toronto was Halep’s first WTA 1000 final since she won the Rome Masters title just under two years ago.

Only Iga Swiatek has won more matches on the WTA Tour this season and Halep’s 38th win of 2022 secured her the second title of a year of resurgence for the former rankings queen.

Read a Tennis365 exclusive: Laura Robson leaps to the defence of Emma Raducanu

Haddad Maia, for her part, has had a wonderful week which included a victory over Swiatek and she will make her Top 20 debut next week, with a new career-high ranking of 16.

The first Brazilian to reach a WTA 1000 final 🇧🇷

Halep has proven that she is back and is a dangerous contender in any field thanks to her experience at this level which iss second to none on the tour right now.

In holding off World No 24 Haddad Maia Halep improved to 3-1 against the ever-improving Brazilian.

Romania’s finest gritted out the victory though, converting five of the ten break points afforded her while Haddad Maia was 4-for-9 in her conversion rate.

Halep double-faulted twice in her opening service game but rallied from an 0-3 deficit to sweep six games in a row for the one-set lead.

Haddad Maia belted her way to a hefty lead in the second set, jumping out to 4-0, and despite the threat of fightback, that time, the Brazilian held on to level matters.

Having exchanged breaks in the opening to the third set, Halep found something extra on her groundstrokes and eased ahead 4-1.

Halep stayed focused and aggressive as the set progressed and played some delightful shots en route to a love hold for 5-2, before she closed out the match.