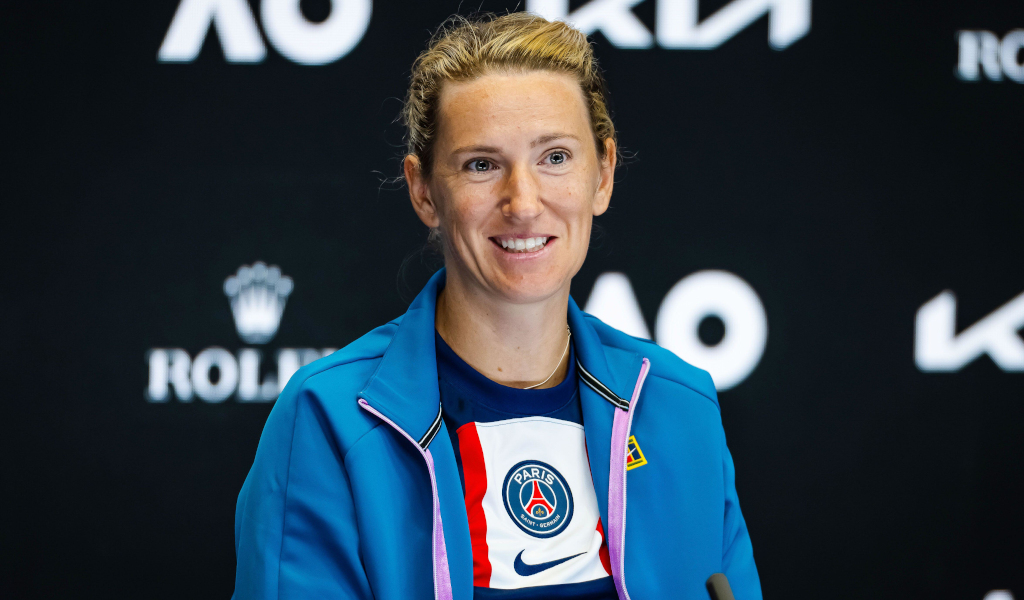 Victoria Azarenka has been donning a PSG shirt throughout the Australian Open, but what is the story behind her support for the French club?

Former world No 1 Azarenka reached the semi-final of the 2023 season-opening Grand Slam at Melbourne Park on Tuesday after dispatching Jessica Pegula in straight sets.

After the match she proudly put on her Paris Saint-German shirt to conduct the on-court interview – as has become customary now.

Following questions and answers about the match, attention turned to her son Leo, football and her dog.

“Leo doesn’t really care so much that I play here [at the Australian Open], he worries more about his football and when are we going to play again,” she said.

“Obviously he is watching some matches and he wants his mom to be home. A few more days here and I’ll be back. It’s actually my dog’s birthday today. I miss my dog also so much, I have become a dog mom as well. I have two kids now.”

Azarenka, of course, is a massive football fan as she attended several of Argentina’s games at the 2022 Qatar World Cup and has made it clear that Lionel Messi is king.

But what is her connection to French giants PSG?

Azarenka answered the question ahead of the Australian Open as she also opened up about being a “soccer mom” and her son’s dream of playing for PSG.

“Everybody asked me this question ‘Why are you wearing a PSG shirt?’ and nobody understands that I have been supporting them since 2012 since [former England captain David] Beckham was signed to the club and I have been a fan for a long time, been to many, many games.

“My son Leo is extremely into football now. I call it football, he calls it soccer. We have this debate and he wants to play for Paris Saint-Germain. That’s his dream. I was like ‘it’s pretty good’. He’ll see me wearing a shirt and he’ll wear a shirt at the same time so we are matching.

“I’m a soccer mom now and I love that. I love supporting, I’m obnoxious, I yell, but I’m very positive. I’m actually very proud because it is a completely different emotion for me to support my son. I have no shame of screaming for him, like zero, but I am very supportive, I want him to do well and I want him to achieve his dream.”