Sonay Kartal taking her own spotlight after sparkling rankings rise 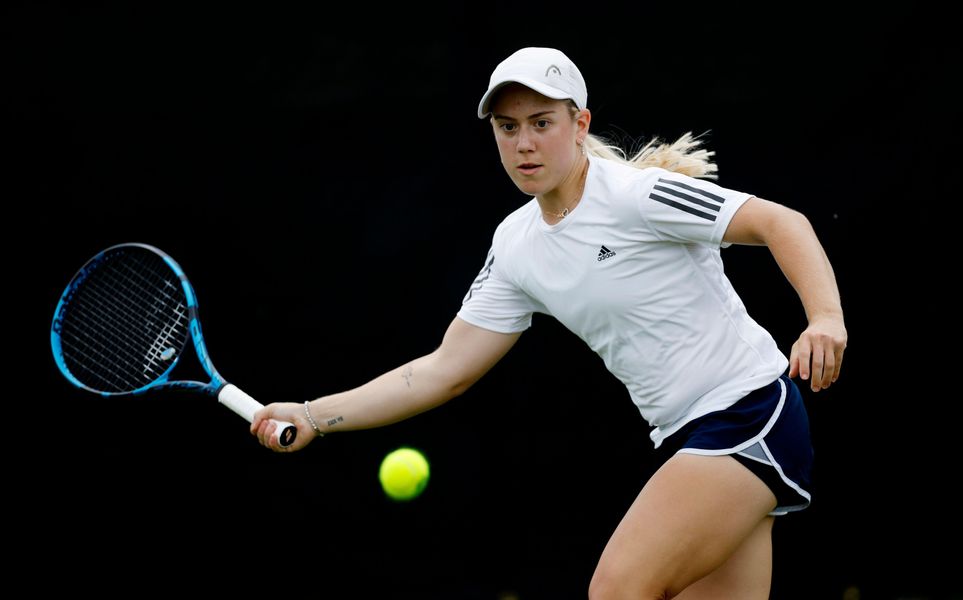 Success has become second nature for Sonay Kartal in 2022, with the Brighton tennis ace thriving on home soil and surging up the WTA rankings this season.

Kartal, who benefits from the LTA’s NTC Pro Access programme, which is for players ranked 100-200 in singles and 31-100 in doubles, providing cost-free access to courts on all three surfaces, coaching, trainers and the LTA’s tournament bonus scheme, started 2022 at 864th in the WTA rankings

Yet, four W25 titles in Britain – in Glasgow, Birmingham and back-to-back victories in Nottingham – coupled with her grass court performances this season will ensure she breaks into the top 250 next week.

All of these tournaments were part of the LTA’s enhanced Performance Competitions Calendar, with the number of events rising from seven men’s events and eight women’s events in 2019 to 16 for both men and women in 2022. This is in addition to the grass-court season playing opportunities already in place.

It has ensured that British players have more competitive opportunities on home soil, cutting down on travel costs and helping to promote a rankings boost for a host of players.

For a player whose development was affected by the pandemic and then injury trouble in 2021, her progression has been remarkable – but Kartal refuses to rest on her laurels.

She said: “When lockdown finished, that was the biggest turning point for me. I changed the way I looked and became so much stronger on the court.

“I took about a month to transition all that strength that I’d worked hard on in the gym to put that on the tennis court. I’ve definitely got a lot stronger which has made a big difference to my game.

“I want to try and be top 100 in the world and play all the Slams – I also want to still love tennis, I don’t want that feeling of enjoying coming on the court to ever disappear and for it to feel like a chore.”

There have been many highlights for Kartal in 2022, one being this week’s run to the last four at the LTA’s Ilkley Trophy, where she will face compatriot Jodie Burrage for a place in the final.

However perhaps the standout moment was her first time representing her country, featuring in Anne Keothavong’s squad for Great Britain’s Billie Jean King Cup tie against the Czech Republic in April.

“Playing in the [BJK Cup] squad was one of my dreams growing up,” Kartal commented.

“It was something I always wanted to achieve. I didn’t expect things to happen how they have this quickly within the space of a few months.

“Representing your country is a huge honour and team events for me are something that I thrive in, they are my favourite events and just being in that team atmosphere and supporting everyone – you win as a team, you lose as a team.”

Kartal may be targeting further BJK Cup appearances in the future – especially now the finals will be held in Glasgow this November – while her recent rise has been rewarded with a Wimbledon wildcard.

However, the 20-year-old prefers to stay in the present, focusing on her tennis match-by-match rather than long term goals.

Kartal grew up playing Raducanu in matches that were captured on video and replayed after Emma won the US Open last year, the time has come for Kartal to take her own moment in the spotlight.