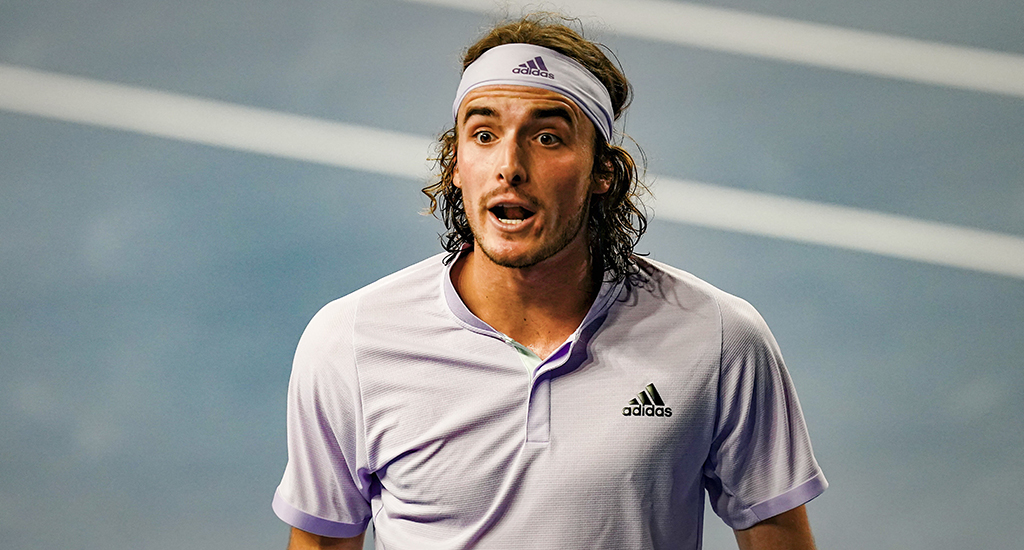 Stefanos Tsitsipas has revealed he is using the coronavirus lockdown as an opportunity to pursue an academic ambition – to learn French.

Tsitsipas was speaking to Greek Prime Minister Kyriakos Mitsotakis during a teleconference broadcast to his country, and was asked how he was filling his time.

“It’s an opportunity to stay a little longer with my family and do things I didn’t have time to do before,” Tsitsipas said.

“Specifically, right now on a daily basis I’m trying to learn a little bit of French, it’s something I’ve always wanted but I didn’t have time to deal with and it’s an opportunity now,” Tsitsipas said.

It wasn’t a one-way chat though, with Mitsotakis himself quizzed on when people can expect to see lockdown restrictions lifted.

RELATED: ‘I am expecting 2020 tennis season to be abandoned,’ says Simona Halep as she prepares for worst

His answer was that it could being in May, as long as April holds no further setbacks, and “will include an increase in sports activities.”

So far, more than 30 tennis tournaments have been cancelled due to the coronavirus outbreak, including Wimbledon, which will not hold a summer championships for the first time since the second world war..