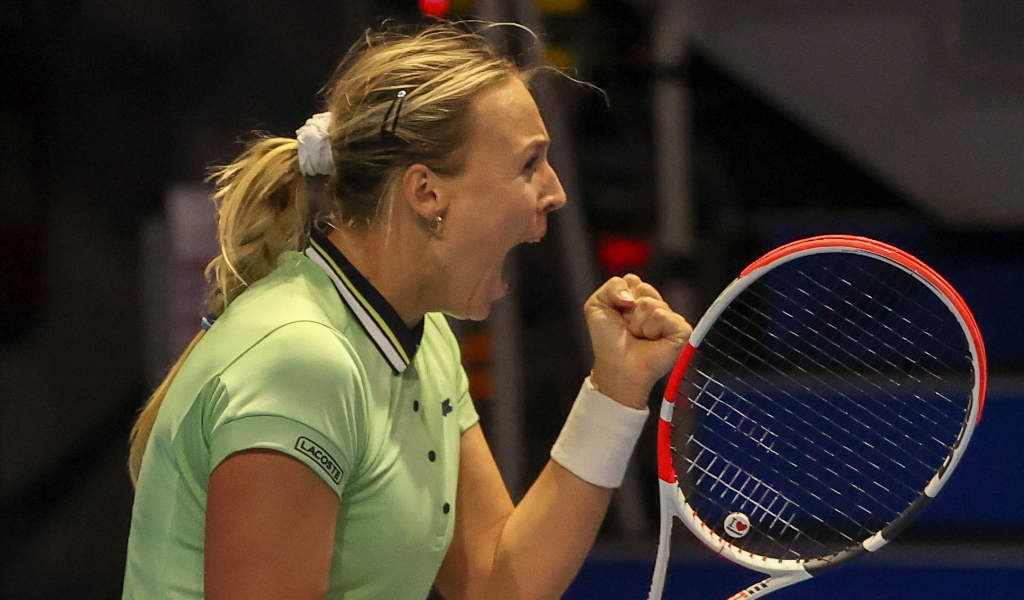 Anett Kontaveit won her 20th indoor match in a row with a hard-fought victory over No 1 seed Maria Sakkari of Greece at the St Petersburg Ladies Trophy on Sunday.

Kontaveit claimed her fourth consecutive indoor title in St Petersburg with a 5-7, 7-6(4), 7-5 victory over Sakkari and becomes just the sixth woman to record more than 20 straight wins indoors.

Her winning streak began with her title run last year at Ostrava, and stretched through the Moscow and Cluj-Napoca events.

The Estonian needed 2 hours and 57 minutes to overcome World No 7 Sakkari.

The No.2 seed @AnettKontaveit_ completes her stay in Russia with a title and 20 consecutive indoor match wins!#FormulaTX pic.twitter.com/xk4kNEUNx8

There was little to separate Kontaveit and Sakkari in the final, breaking each other four times and returning relatively even serve percentages.

Annett Kontaveit raced put to a 5-2 lead in the first set, but she failed to close out the set on serve at 5-3. Sakkari then claimed two consecutive breaks of serve to lead 6-5.

Sakkari served out the first set, slamming home a pair of imperious winners to notch a fifth straight game.

The Greek star extended that run to seven straight games as she moved ahead 2-0 in the second set.

However, Kontaveit pulled things back to serve at 3-3.

After Kontaveit saved two break points to hold and move to a 6-5 lead the Estonian grabbed a set point in the next game. Sakkari fought back again though and took the second set into a tiebreak.

A pair of unreturnable serves by the No.2 seed gave her a 6-3 lead and three more set points, and Kontaveit converted the second of that trio after a Sakkari backhand found the net.

Sakkari once again regrouped at the outset of the third set, breaking Kontaveit for 2-0 and fending off three break points to stretch her lead to 4-1.

The top seed served for the match at 5-3, but her backhand failed her as Kontaveit pulled back on serve once more.

That was the signal for Knotaveit to take control and she would power to a 7-5 win in the third set.