Stan Wawrinka admonishes Holger Rune after defeat: ‘My advice to you is that you stop acting like a baby on court’ 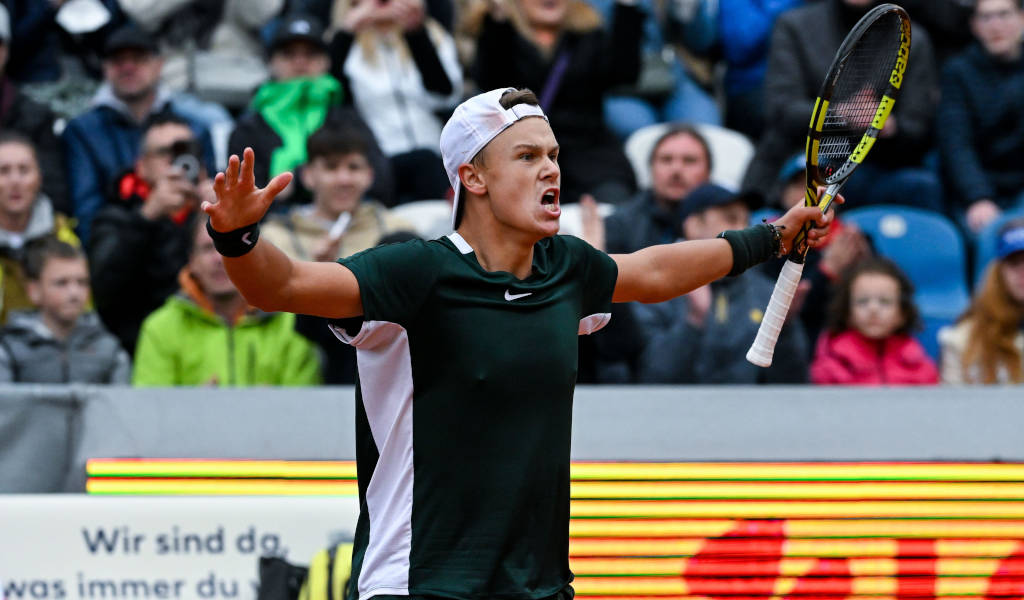 Holger Rune continued his brilliant end to the 2022 season as he saved three match points en route to defeating Stan Wawrinka at the Paris Masters, but the three-time Grand Slam winner had some choice words for the Dane after the match.

Fresh from winning the Stockholm Open and finishing runner-up to Felix Auger-Aliassime at the Swiss Indoors, Rune found himself with a tricky first-round opponent in Wawrinka at the ATP Masters 1000 tournament.

The former world No 3 is starting to regain some form following his injury woes as he reached the quarter-final in Basel last week and he won the opening set against the Dane and had two match points in the second set and one in the decider but eventually went down 4-6, 7-5, 7-6(7-3) in two hours and 30 minutes.

But Wawrinka wasn’t pleased with the 19-year-old’s antics during the game and told him during the post-match handshake: “My advice to you is that you stop acting like a baby on court.”

Wawrinka broke in game 10 of the opening set to go one-set up, but Rune then hit back in the first game of the second set only for the veteran to draw level in game eight and he then had two match points on the Dane’s serve in game 10. Rune broke in the very next game to take it to a third set.

The decider went according to serve, but Rune again had to save a match point in game 12 before comfortably taking the tie-breaker.

Throughout the match the youngster pumped himself up by shouting and Wawrinka was clearly not happy and decided to chide the teenager at the net.

It is not the first time that Rune has made headlines for the wrong reasons this season as at the US Open he accused Cameron Norrie of sportsmanship as he felt the British No 1 exploit the shot-clock rule with his erratic ball tossing.

At the French Open he claimed Casper Ruud shouted in his face in the dressing room after their quarter-final clash, but the Norwegian hit back saying: “It’s disappointing that he creates lies about me.”

Rune, who has risen to a career-high No 18 in the ATP Rankings after his recent results, will face 10th seed Hubert Hurkacz in the second round on Wednesday and the winner will face seventh seed Andrey Rublev for a place in the quarter-final.