Stan Wawrinka on the influence ‘big brother’ Roger Federer had on his career: ‘I owe him a lot’ 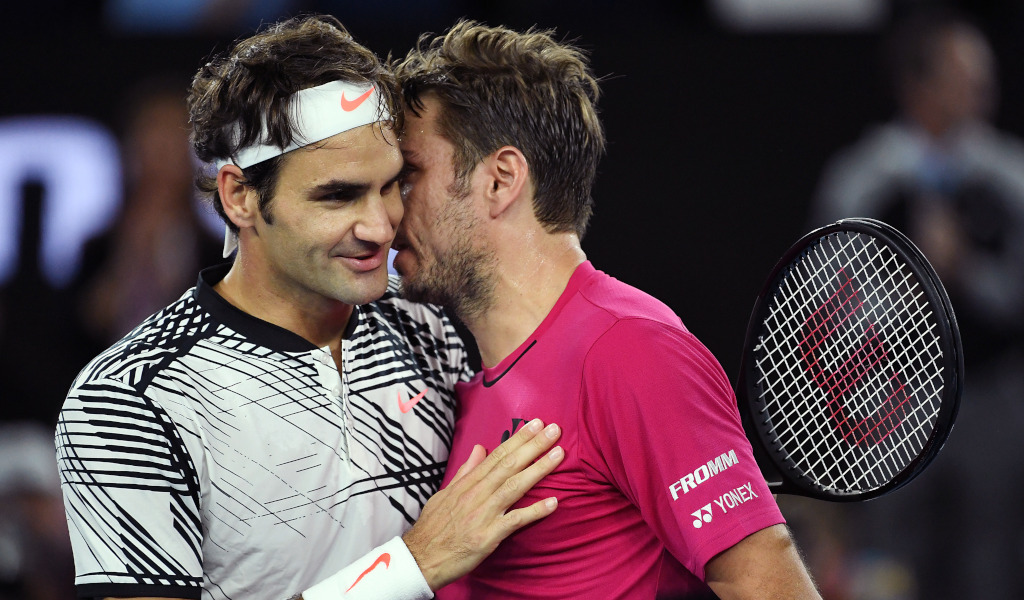 Stan Wawrinka has paid tribute to Roger Federer after his fellow Swiss took him under his wing at the start of his career, saying “I grew and improved thanks to him”.

By the time Wawrinka won his first-ever singles match at ATP Tour level in 2003, Federer was already a seasoned professional as he made his debut in 1998 and won Wimbledon five years later.

Federer would go on to dominate tennis over the next few years as he won multiple Grand Slams and also reached No 1 in the ATP Rankings.

While Wawrinka didn’t set the world alight during first few years on the Tour, he was learning from his compatriot Federer, who became a friend.

“When I arrived, Roger was already at the top of tennis. He took me a little like a big brother. He helped me, we trained a lot together,” the 37-year-old told Canal+.

“I was lucky to be able to rub shoulders with him a lot, in training, in tournaments. In the Davis Cup, we shared a lot of things. Afterwards, he simply became a friend. We were a little at the same level, not career, but behaviour, mutual aid.”

Wawrinka won his first Grand Slam in 2014 as he lifted the Australian Open while the following year he won the French Open with the final of his three majors coming at the 2016 US Open.

But before he won the individual trophies, he teamed up with Federer to win gold in the men’s doubles at the 2008 Beijing Olympics while they also won the 2014 Davis Cup title.

“I owe him a lot in my career. There were positive things. I grew and improved thanks to him. He helped me a lot,” Wawrinka said. “Thanks to him, I won the Olympic Games and the Davis Cup. Those are two of the biggest titles of my career.”

The three-time Grand Slam winner reached a career-high of No 3 in the ATP Rankings in 2014, but he acknowledges that he was never going to be able to compete with Federer in terms of achievements and popularity, especially in Switzerland.

“It is certain that arriving behind him, especially in Switzerland, no matter what results I could have, anyway, it would always be light years away from him,” the current world No 149 said.

“No one will be able to do what he has done, at least not in Switzerland. What I do, I do the best I can. You must also be able to appreciate this kind of career.”