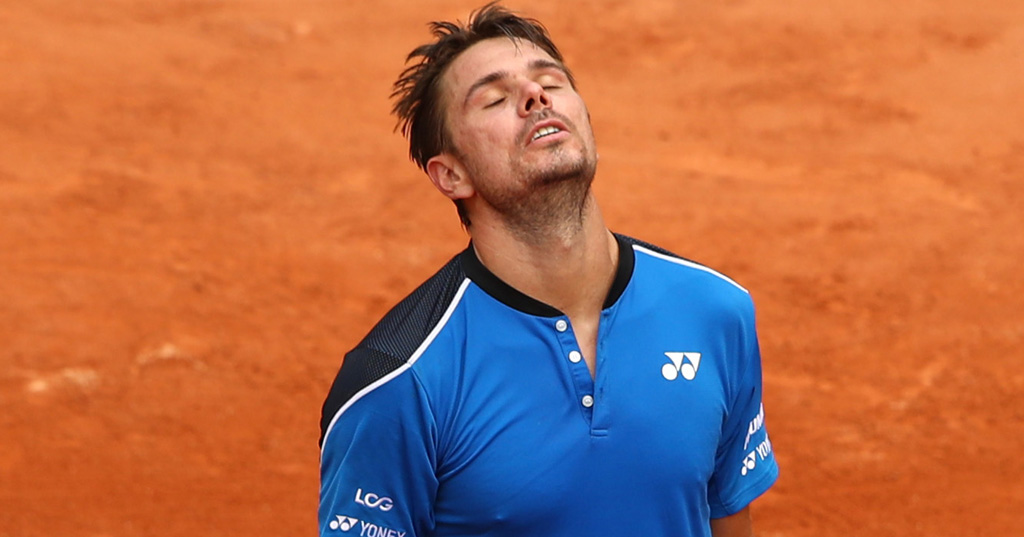 Stan Wawrinka has vowed to put his injury woes behind him and fight to regain his ranking after losing in the first round of the French Open.

It was a significant defeat for last year’s finalist, as it means he will drop outside the top 250 in the world. However, he has vowed to wrestle his way back to the top.

“I say all my career is that the ranking doesn’t lie. If you play, you are at the top. If you don’t play, you’re getting down.

“For sure, I’m going to require some wild cards. But again, if I have to play some Challengers, I have no problem with that.

“I know exactly where I want to be. I won three Grand Slams in my career and I know what it takes to do it. And my goal is to get to my top [level]. Sooner or later I will be [there].

“My knee is good. I’m happy with that. That’s really positive to see, but it’s been now a few weeks that I’m feeling great with that sort of injury I did. So that’s good.

“I’m in the right way, and I need to keep pushing.

“It’s tough mentally. That’s the most difficult part. But again, I think I’m on the right way. I’m playing well. The knee is keeping up and physically I’m starting to be stronger every day.”