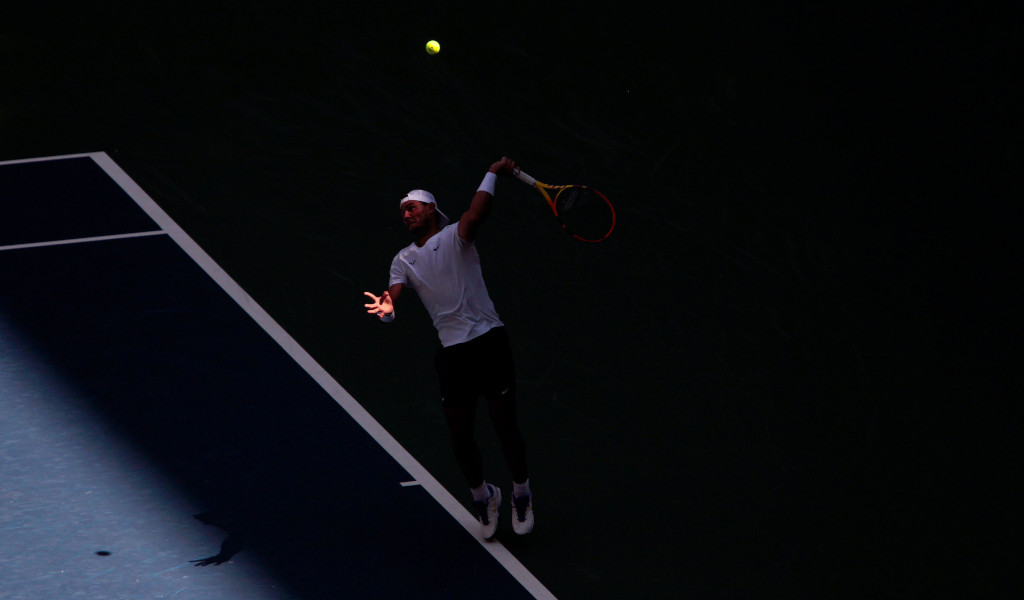 ATP stars including Rafael Nadal, Stefanos Tsitsipas, Matteo Berrettini and Carlos Alcaraz came together at the Tennis Plays for Peace exhibition along with top WTA players.

The event played out at the Louis Armstrong Stadium in the USTA Billie Jean King National Tennis Center in New York.

Former World No 1 Victoria Azarenka of Belarus was removed from the exhibition by the United States Tennis Association.

“In the last 24 hours, after careful consideration and dialogue with all parties involved, Victoria Azarenka will not be participating in our “Tennis Plays for Peace” Exhibition this evening,” the USTA said in a statement.

“Vika is a strong player leader and we appreciate her willingness to participate. Given the sensitivities to Ukrainian players, and the on-going conflict, we believe this is the right course of action for us.”

The USTA had faced criticism for their decision to place Azarenka on the bill in the first place with Ukraine’s Marta Kostyuk withdrawing from the event over the Belarussian’s spot in the event.

“Of course, I received an invitation,” Kostyuk said. “I think all our players got them. When [fellow Ukrainian player] Lesia Tsurenko and I found out — I’m only talking about us now, because we didn’t ask anyone — so when we found out that there would be representatives of Russia or Belarus at this event … I immediately said that [we] will not participate in this.”

The proceeds from the exhibition are to be donated to the international non-profit GlobalGiving’s Ukraine Crisis Relief Fund identified by Tennis Plays for Peace as the ideal beneficiary.

According to the WTA the Fund supports humanitarian assistance in impacted communities in Ukraine and surrounding regions where Ukrainian refugees have fled.

Speaking at the opening of the exhibition US Open tournament director Stacey Allaster said they hoped to raise $1.2 million over the course of the tournament for the fund.

Dreams came true for the WTA World No 1 Iga Swiatek who enjoyed a mixed doubles match paired with her idol Rafael Nadal and taking on John McEnroe and Coco Gauff.

Swiatek and Nadal produced one memorable passage of exhibition tennis with back-to-back tweeners.

The cause was also helped along by an additional in-game pledge from Stefanos Tsitsipas, who challenged compatriot and WTA World No 3 Maria Sakkari to serve at Matteo Berrettini.

Sakkari dropped a second serve scud on the Italian and Tsitsipas will have to pay up.

.@steftsitsipas incentivizes @mariasakkari to serve big to @MattBerrettini and he'll make a donation to the Ukraine Crisis Relief Fund. pic.twitter.com/NcAkdd7rD5

“On this day, all the Ukrainian people … this year’s fireworks are not the same,” she said. “I really wish next year we will celebrate this day with a free Ukraine.”