‘I don’t know what people have against Brits with stealing shoes,’ jokes Cameron Norrie after shoes go missing 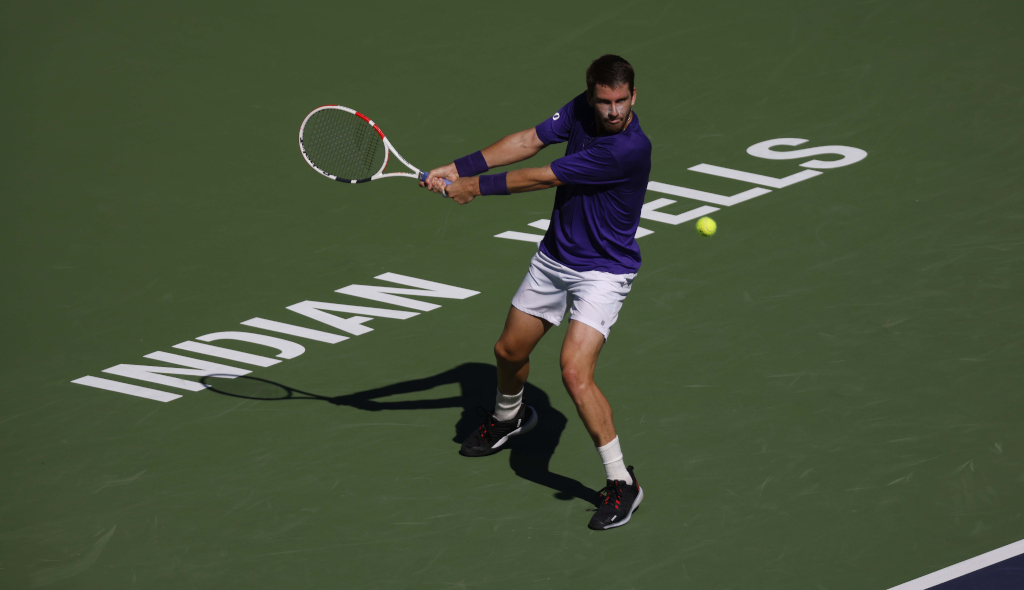 For the second time in the space of two weeks a British tennis player lost their shoes in Indian Wells as Cameron Norrie lost three pairs of shoes.

Norrie’s preparations for his maiden ATP Masters 1000 final did not get off to the best of starts as when he arrived at Indian Wells Tennis Garden someone had removed his shoes.

But in the end it didn’t matter as he overcame Nikoloz Basilashvili 3-6, 6-4, 6-1 in a “fresh pair of shoes” to win the BNP Paribas Open.

The first British man to rule the desert in tournament history 🇬🇧

Norrie was the second British player to lose shoes in California as former world No 1 Andy Murray’s shoes, which also had his wedding ring tied to it, also went missing earlier in the tournament.

Murray’s shoes and wedding ring were returned, but Norrie had no such luck, although maybe the new shoes brought him some luck.

“I got to the tennis today, every day I left my shoes on top of the locker. I think someone, I don’t know who it was, maybe someone from the cleaners or something last night, came through and they threw the three pairs of shoes that I had away.

“I looked all day. I had everyone looking. I don’t know what the people have against the Brits with stealing the shoes, but I didn’t manage to get them back. Just had to go out there with a fresh pair of shoes. Yeah, it was just difficult.

“Luckily I didn’t have a wedding ring attached. I didn’t lose that, so it was a bonus for me (smiling).”

Every Indian Wells men’s singles champion ranked outside the top 25:

Norrie became the first British player to win the BNP Paribas Open, but he admits his missing shoes did cross his mind a couple of times during the match.

“I don’t think it mattered too much. Ideally I like to play with shoes that I’ve been using for maybe five or six hits or practices or warm ups. I like to have them a little bit used. They feel a bit heavy in general if they’re a bit newer,” he said.

“A couple times I was just thinking about it, probably not the best thing. You don’t want to be thinking about your shoes. A little bit to get used to. At one point I said, All right, these are the shoes I got, I’m just going to focus on what I can control right now.

“I wore them in a little bit, came good in the end.”