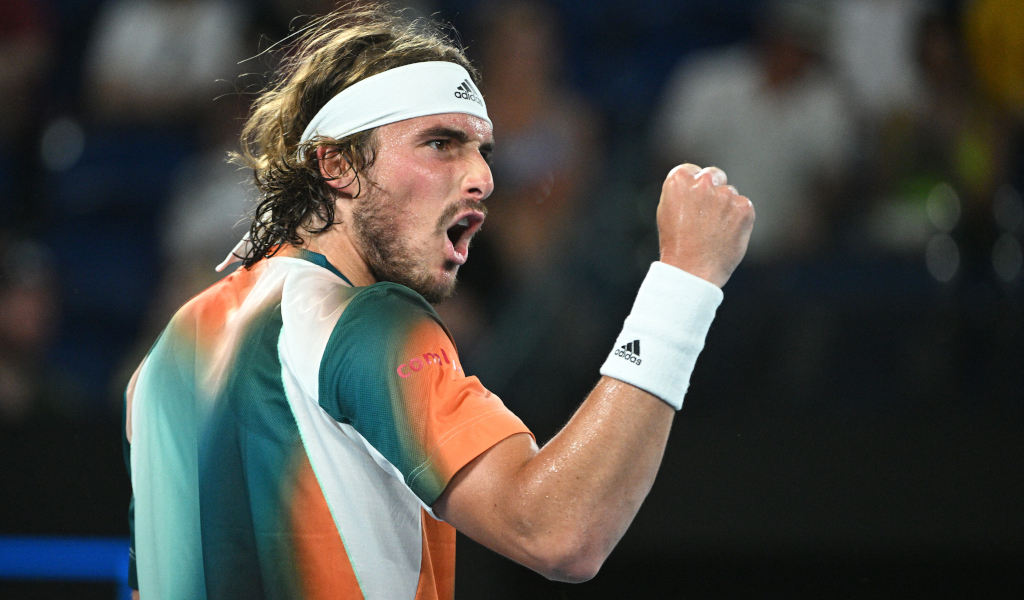 Stefanos Tsitsipas is a player who has been tipped as a future World No 1 and Grand Slam winner.

Tsitsipas caused a sensation when he won the ATP Tour finals in London in 2019, but since then his best efforts in Majors have been an appearance in the 2021 French Open final to go with three last four efforts in Melbourne in his career to date.

He has won back-to-back Monaco Masters titles but is not somebody who looks like he only has the game for clay.

Tsitsipas was born into a family that is passionate about tennis with his mother being Julia Apostoli a former professional on the Women’s Tennis Association (WTA) tour and his father trained as a tennis coach and has worked on his son’s team.

Generally, a likeable and apparently carefree player, Tsitsipas has also been known to have odd emotional outbursts and tantrums.

He has also been accused of gamesmanship in taking long toilet breaks when opponents are on top, accusations he has denied.

Tsitsipas has fierce rivalries with Nick Kyrgios and Daniil Medvedev, accusing the former of being a bully and audibly calling the latter a ‘Bullsh*t Russian’ over a let call in a Miami Open meeting between the two in 2018.

Tsitsipas is an ATP Tour workhorse travelling extensively and racking up appearances across the globe in tournaments of wildly varying profiles.

His Instagram account hints at a playboy lifestyle as someone who clearly enjoys being out on the water in his downtime.

He also often spends time with his family as the eldest of four children.

Tsitsipas has been romantically linked to London-based marketing and branding strategist Theodora Petalas.

Petalas and Tsitsipas confirmed their relationship in March 2022 and she has been spotted in his player’s box from time to time.

She is said to be career-focused right now and the pair don’t have immediate plans to tie the knot.

Tsitsipas is closing in on combined career winnings of $21 million with his biggest single purse being the ATP Finals followed closely by his French Open finalists fee and winnings in Monaco.

His earnings mostly come from sources very close to tennis with prize money dominating his income which is also supplemented by a few commercial partnerships.

Stefanos Tsitsipas’ net worth is estimated to be in the region of $25 mllion at the end of 2022.

With nine ATP Tour titles to his name and a career-high ranking of World No 3 there is a suggestion that the best is yet to come for Tsitsipas.

He might feel he has a shot at winning all four Grand Slams is he can play his best tennis at the right time.

Tsitsipas has contested a total of 24 championship matches on the ATP Tour losing 15 and winning nine, playing finals on all three surfaces in 2022.

Stefanos Tsitsipas is an Adidas athlete whose rackets are supplied by Wilson.

READ MORE: Stefanos Tsitsipas on ‘fearless’ Holger Rune ‘He reminds me of myself when I was first on the Tour’