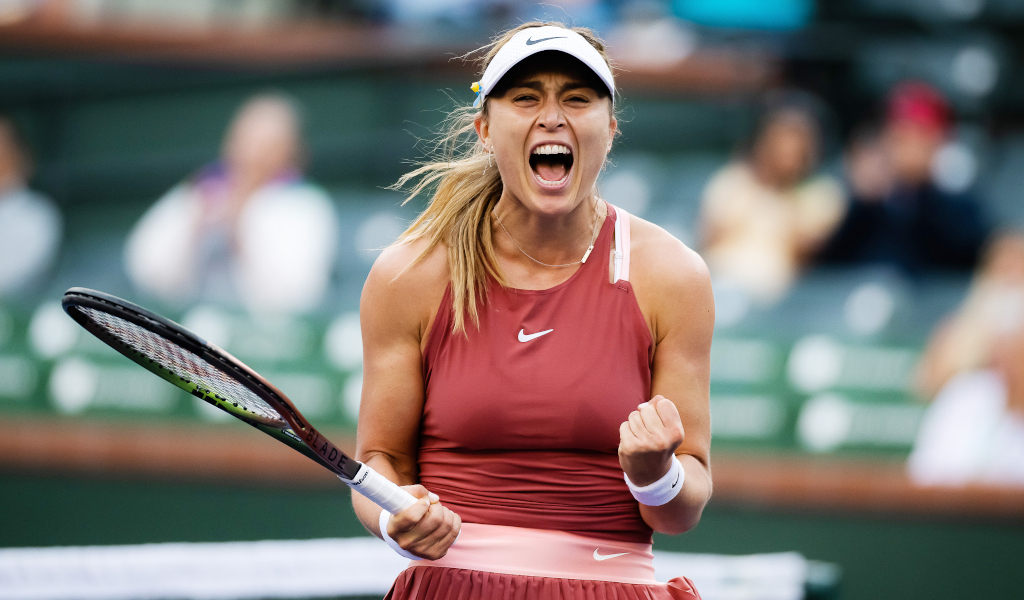 Paula Badosa had to cling on for dear life to fend off a fightback from Elena Rybakina in a thrilling three-set victory at the Porsche Tennis Grand Prix.

Despite racing to a 6-2 first set win it would take Badosa two and a half hours to fight her way past the determined Kazakh.

Badosa clinched the match in a third set tiebreak after Rybakina had taken the second stanza.

The Spaniard has now won her last four third-set tiebreaks.

Rybakina allowed Badosa an easy ride to the first set as her serve malfunctioned badly.

Kazakhstan’s top woman improved her first serve percentage in the second set and Badosa let her levels slip allowing her opponent to gain a 4-0 lead.

Despite bringing it back to 4-4, Badosa dropped serve again on her way to surrendering the second set.

After two imperfect sets both players stepped up for an intense and hotly contested third set full of epic baseline rallies.

Badosa looked to have taken a decisive edge when she established a 4-1 lead before Rybakina fought back to level matters and force the tiebreak.

Rybakina struggled in the tiebreak hitting five unforced errors which prevented her from making the most of two double faults from Badosa, who was throwing everything at the World No 19.

Badosa will face Tunisian star Ons Jabeur in a quarterfinal match that promises much.

Jabeur blew past Daria Kasatkina in straight sets earlier in the day.

In other action in Stuttgart, Aryna Sabalenka stalled Bianca Andreescu’s comeback with a three-set win.

The power of Sabalenka’s serve proved decisive and only her own faltering use of her great weapon cost her the second set.

Sabalenka finished her service games off quickly while making Andreescu grind to hold.

Inaccuracy on the ground and off her serve cost Sabalenka the second set but she would respond at the start of the decider.

Sabalenka went out to a 4-1 lead in the third after an early break.

At 4-2 up Sabalenka managed to survive a wobbly service game that included three unforced errors.

After Andreescu missed her chance, Sabalenka closed out the contest.