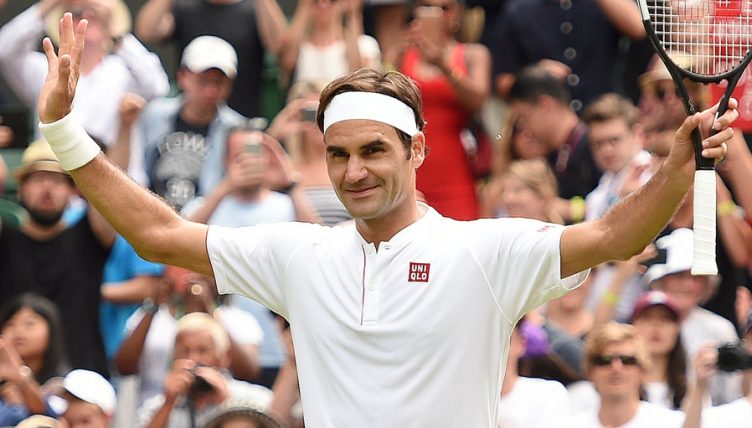 Roger Federer is chasing his ninth Wimbledon singles title this summer and if he achieves the feat he will surely settle the “who is the greatest-ever male tennis player” debate once and for all.

The 37-year-old took just 79 minutes to dismantle Dusan Lajovic in the first round, although he will certainly face much tougher tests as the tournament progresses.

Federer’s professional career has been simply stunning, with a record eight Wimbledon titles, a joint-record six Australian Open titles, a record five consecutive US Open titles and one French Open title to his name.

He is one of eight men to have won a career Grand Slam, played in a record 30 men’s singles Grand Slam finals and claimed numerous other ATP tour titles.

It is fair to say that Federer’s time at the top of the game did look to be on the wane prior to his Australian Open victory in 2017.
It was his first Grand Slam success since winning Wimbledon five years earlier, but it has proved to be the catalyst for a return to the pinnacle of the sport.

He subsequently skipped the French Open to prepare for Wimbledon and went on to dominate the tournament, winning the title for the eighth time without dropping a set.

Federer’s epic five-set victory over Marin Cilic in the 2018 Australian Open final further cemented his legacy and it would be a brave move to back against him retaining his title at Wimbledon. In fact, Bet365 has pegged Federer as the favourite – ahead of Djokovic, Nadal and Cilic – with odds at 13/8. Federer can be backed with a free bet offer from Bet365 available from OLBG.com for extra value.

While there are certainly plenty of contenders for the title of “greatest-ever male tennis player” it is Federer’s longevity at the highest level that sets him apart from the rest.

Bjorn Borg, John McEnroe and Pete Sampras were all great players in their time, yet none of them come close to the number of Grand Slams Federer has won.

The Swiss has also played during a golden period for the men’s game, with the likes of Rafael Nadal, Novak Djokovic and Andy Murray regularly providing stiff opposition to Federer.

His versatility has arguably been his strongest asset, with former USA star Jimmy Connors perhaps describing Federer’s abilities most accurately.

His speed, fluid style of play and exceptional shot-making are a joy to behold and when the likes of McEnroe describe your forehand as “the greatest shot in our sport” you know you’re witnessing a special talent.

The likes of Djokovic, Cilic and Nadal will undoubtedly be eager to stop Federer winning his 21st Grand