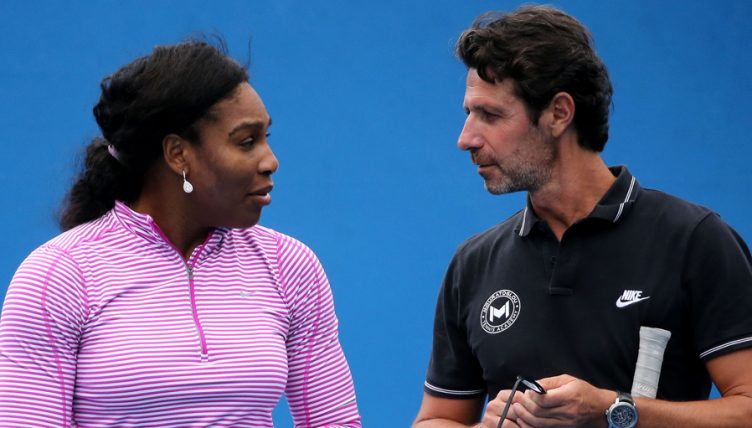 Patrick Mouratoglou has insisted he has only played a small part in the record breaking success of Serena Williams and admitted he would not have been able to find a recipe to beat her if he had coached one of her rivals.

Williams and Mouratoglou have enjoyed a long coaching relationship that has survived several highs and lows, including her storm exit from last year’s US Open, when the coach publicly admitted he was guilty of coaching the American superstar from the sidelines.

That confession infuriated Williams, but the duo are still working together and he spoke about why the 23-time Grand Slam champion has been almost unbeatable.

“Whoever I would’ve coached, I don’t think I would’ve beaten Serena – no chance,” he told Eurosport.

“I think Serena is Serena, with or without me. I think I helped her take the best out of herself at a period of time in her career. But I don’t think that if I had coached Sharapova, or whoever else, I would’ve been able to beat Serena. Serena is just Serena.

“We’re just the coach, a part of their story, where we can make a big difference in their career. But if Serena or Roger (Federer) are the best player of all time, with or without us, they would still be a top, top player.

“Maybe they would’ve won less grand slams, but their qualities would still be there. With Serena, when I started to work with her she already had 13 grand slams. She was already a little bit difficult to beat. I trust my job and the quality of my work, but I’m trying also to be lucid, and I can’t make a player be someone that he’s not.

He went on to suggest a coach can have a big influence on a player, as he cited Boris Becker’s successful partnership with Novak Djokovic as a case in point.

“Nobody becomes great by himself, that doesn’t exist,” he added. “That’s the case for in anything, and in tennis, of course not. The question is should the coach be visible or not. I think you’ve also fair to the coaches, because I think what Boris did with Novak was unbelievable, he brought him to a different level.

“I think what Magnus Norman did with Stan Wawrinka was unbelievable, and I don’t think those guys would’ve had the same career without their coach. They deserve most of the credit, the players for sure.

“Do you think Andy Murray would’ve had the same career without Ivan Lendl? I don’t think so, but we’ll never know. We see there’s a big impact of the coach, not all the time, but through the career of some players.

“I think it’s fair to give them the opportunity to show what they bring to the players. It’s a fair thing, and there’s a reason why all the other sports decided to legalise coaching, and more than that, to show the coaches, their work and let the coaches be part of the show – in boxing or in any other discipline.”