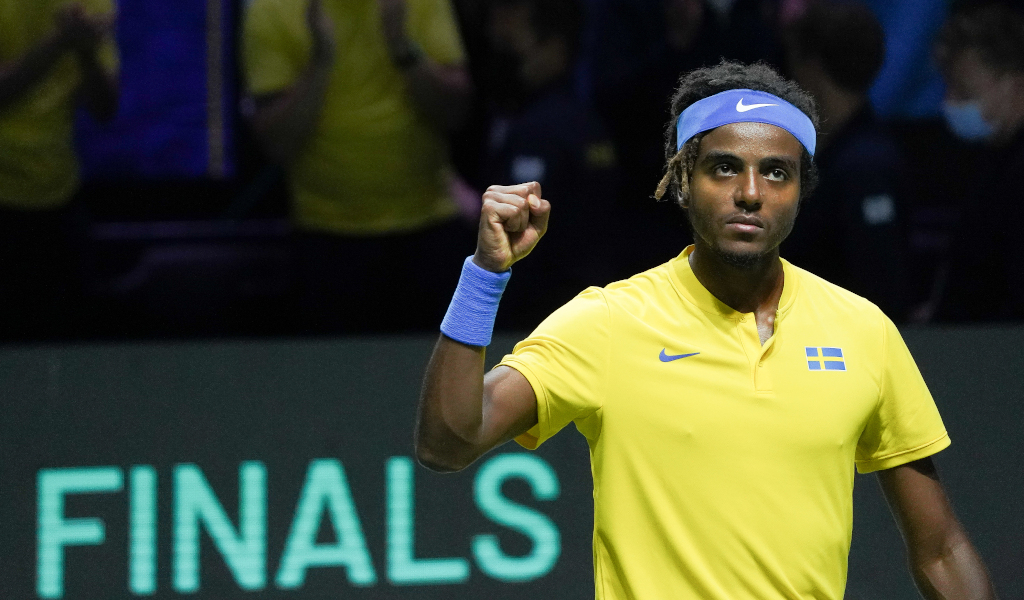 Sweden brushed aside Canada in their Davis Cup Finals opening rubber in Madrid on Thursday while Australia were on the receiving end of a similar scoreline against Croatia.

Brothers Elias and Mikael Ymer set seven-time Davis Cup champion Sweden on their way as they won their singles clashes with Elias defeating world No 264 Steven Diez 6-4, 6-2 before Mikael got the better of Vasek Pospisil with a 6-4, 6-4 victory.

Canada are without the top seeds Denis Shapovalov and Felix Auger-Aliassime and they failed to win a match as Andre Goransson and Robert Lindstedt secured a 7-6 (7-5), 6-4 win over Pospisil and Brayden Schnur in the doubles.

“Today my forehand was blasting,” Elias said after the contest. “I was hitting winners from everywhere. I mean, when my forehand is on, I’m very difficult to play, I would say.”

Sweden will face Kazakhstan in the final Group B clash on Saturday.

Australia were also humbled on the opening day in Turin as Lleyton Hewitt’s team were whitewashed by 2018 Davis Cup champions Croatia.

After Borna Gojo stunned Alexei Popyrin 7-6 (7-5), 7-5 in the opening clash, former US Open winner Marin Cilic wrapped up the win with a 6-1, 5-7, 6-4 victory over Alex de Minaur. Nikola Mektic and Mate Pavic then defeated De Minaur and John Peers.

“I would say this is probably the most painful loss I have had,” world No 61 Popyrin said.

In Group C, France overcame a slow start to defeat the Czech Republic 2-1.

Pierre-Hugues Herbert and Nicolas Mahut then defeated Jiri Lehecka and Machac 3-6 6-4 6-3 to give France, who face Great Britain on Saturday, victory.