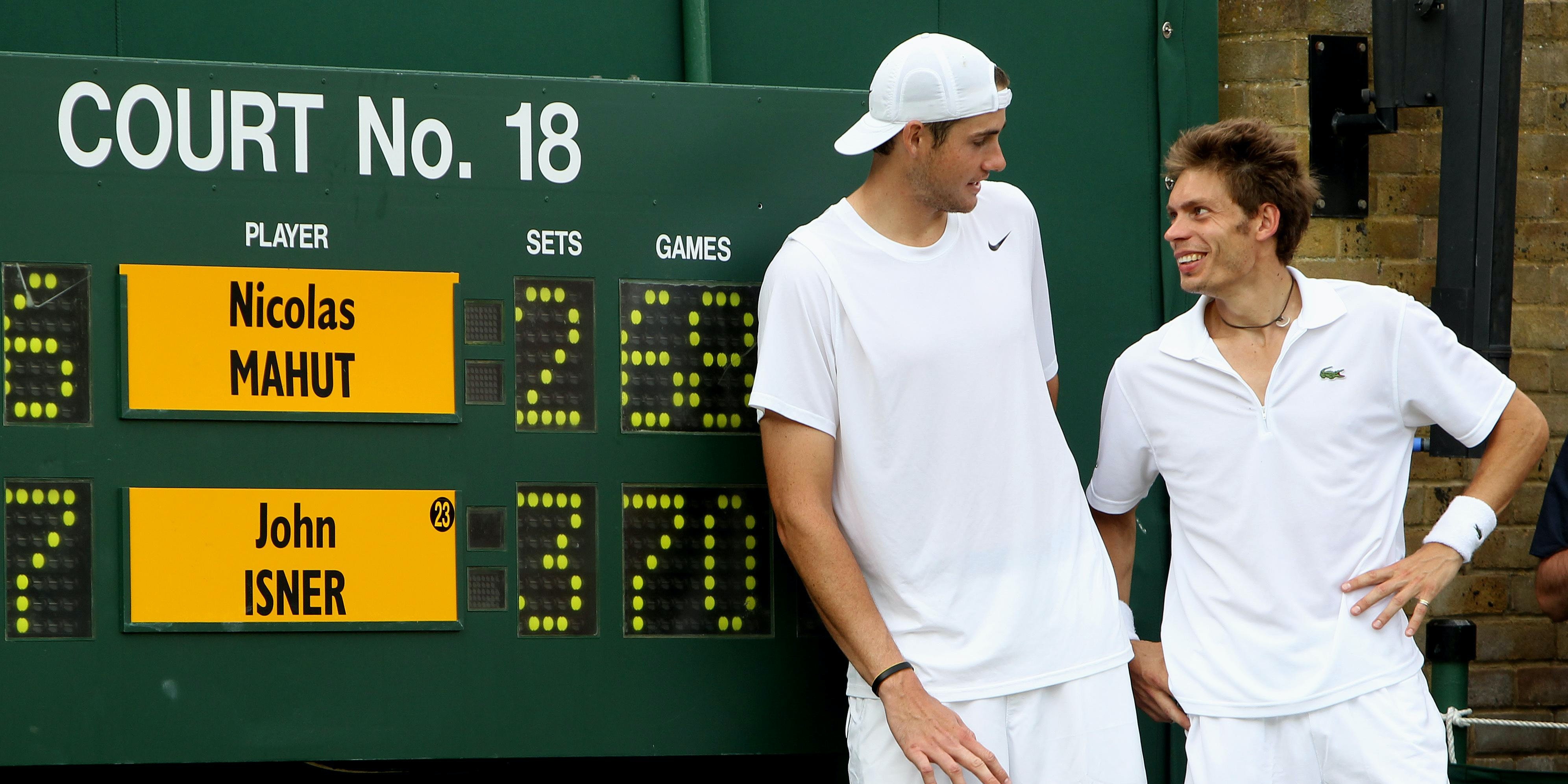 The longest match in tennis history was completed at Wimbledon on this day in 2010 as John Isner claimed an epic win over Nicolas Mahut.

Isner finally broke the serve of Mahut to secure an unforgettable 70-68 victory in the deciding set of their first-round encounter, which spanned over three days.

After 11 hours and five minutes on Court 18 and with a raft of records having been broken, 23rd seed Isner found two crucial winners to break his opponent’s resistance in the 138th game of an astonishing set.

The match remains by far the longest in tennis history in both number of games – 183 – and time. The final set alone, which lasted eight hours and 11 minutes, was longer than the previous longest match.

The previous grand slam record was six hours and 33 minutes set by Fabrice Santoro and Arnaud Clement at the French Open in 2004.

Ivo Karlovic and Radek Stepanek fired down 96 aces between them in the 2009 Davis Cup semi-final tie between Croatia and the Czech Republic, but Isner smashed 112 to set a new individual record, while Mahut weighed in with 103.

Both players surpassed Croatian Ivo Karlovic’s previous record of 78 aces that he served in a Davis Cup match against the Czech Republic’s Radek Stepanek in September 2009.