The on-court stabbing of Monica Seles is one of the very darkest, and saddest, tales tennis has to offer. 24 years ago today, she won her first tournament after two-and-a-half years  away from the game while recovering from her injuries.

Sport can be cruel. That’s something that is oft said but, in truth, it’s rarely more than just a saying, a mere turn of phrase.

Monica Seles, sadly is someone who has experienced the true scope of sport’s capacity for cruelty.

On April 30, 1993, then-world number one Seles was stabbed by a fan whilst playing Magdalena Maleeva in the Citizen Cup, an undistinguished event in Hamburg, Germany, in a moment that shocked tennis and the whole world.

More importantly, it was a moment that changed Seles, and robbed us all, and herself, of what surely would have been a truly remarkable career. It was, after all, a career that still produced 55 titles including nine Grand Slams despite unprecedented adversity.

It’s tough to really put into context just how impressive Seles was at the time of the attack. At the age of just 19, she was world number one, was coming off a run of 22 straight singles titles, and had eight Grand Slams to her name. 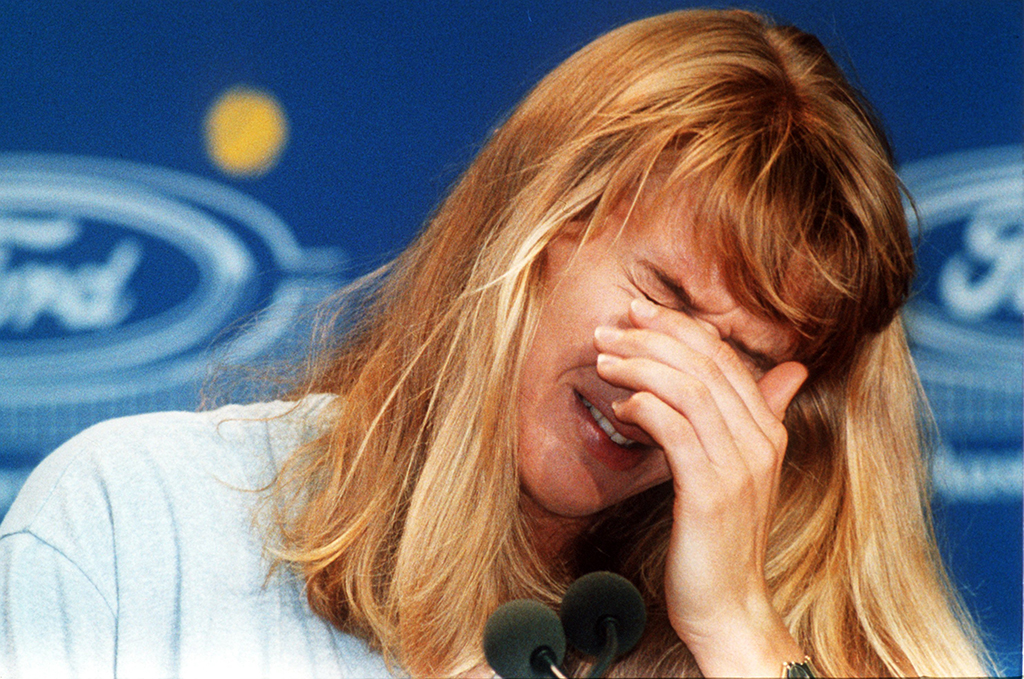 Her problem, like so many other women of that era, was Steffi Graf. However, that wasn’t an on-court problem. At the time, ‘Seles was dominating Graf while Graf dominated all others,’ was how Pam Shriver described it. 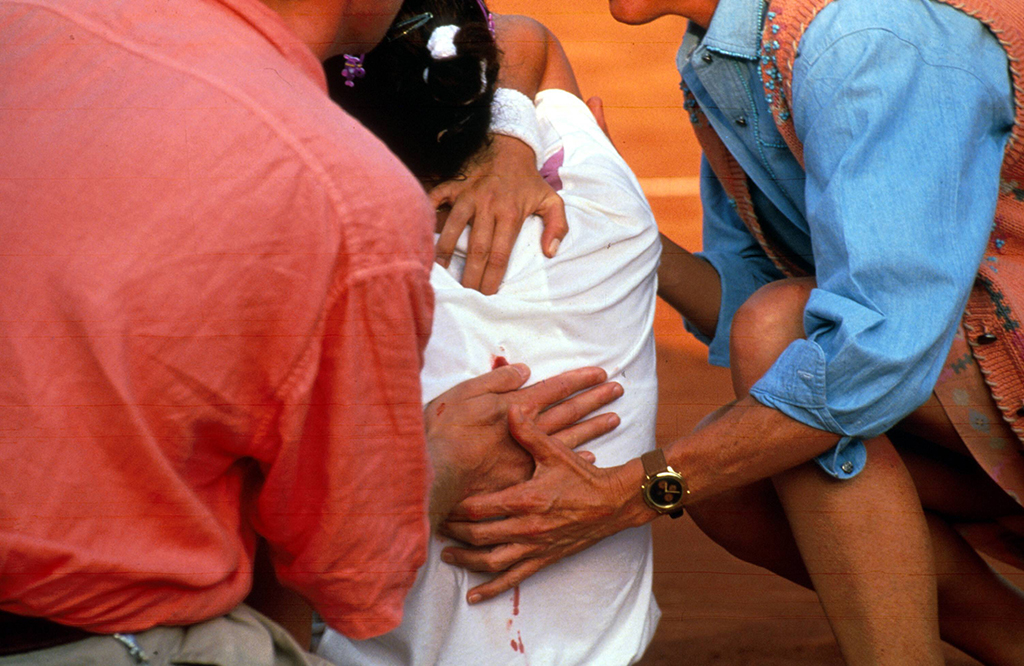 On that fateful day in Hamburg, Seles had already won the first set and was 4-3 up in the second going into a drinks break.

“I remember sitting there, towelling off, and then I leaned forward to take a sip of water, our time was almost up and my mouth was dry. The cup had barely touched my lips when I felt a horrible pain in my back,” Seles would later write in her autobiography.

“My head whipped around towards where it hurt and I saw a man wearing a baseball cap, a sneer across his face. His arms were raised above his head and his hands were clutching a long knife. He started to lunge at me again. I didn’t understand what was happening.”

In the current global political climate, it’s easy to assume there was some political motive behind the attack, that some extremist terror cell were trying to use a high-profile name to sickly promote their so-called cause. 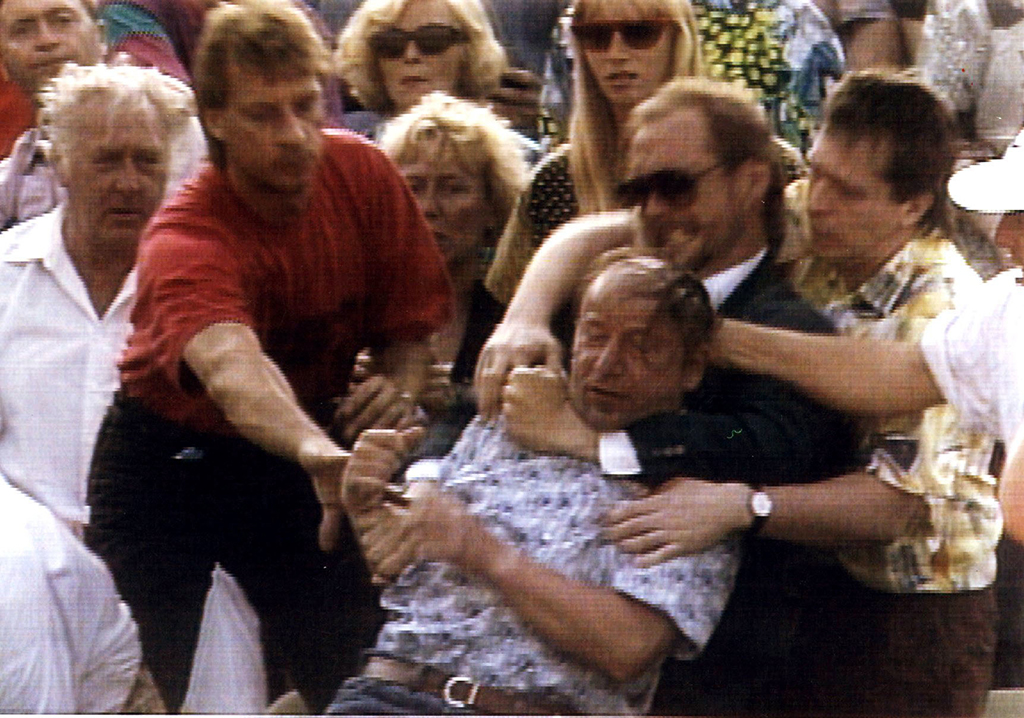 At the time, that was considered too. Seles was Yugoslavia-born, which was then a very volatile corner of the globe with deep-rooted conflicts relating to nationality and identity. Indeed, the Women’s Tennis Association had revealed that Seles had received death-threats before.

However, that wasn’t the case.

“The man said quite clearly that he did not want to kill Monica Seles,” the police told reporters.

“He only wanted to injure her and make her unable to play so that Steffi Graf could become number one again.

“According to our information there was no political motive for the attack,” they added when asked about possible links between the conflict in former Yugoslavia and Serbian born Seles.

“The motive apparently stems alone from the personality of the man.”

And there-in lies the true sadness of the tale.

Physically, Seles only suffered minor wounds. The nine-inch blade missed her spinal cord and major organs. She would play again, and even win a Grand Slam again, the 1996 Australian Open, and twice lost US Open finals – both to Graf.

Mentally, she never truly recovered. She stayed away from tennis for over two years after the attack, long after her body had healed, dealing with depression and an eating disorder it caused.

Her attacker, meanwhile, got no more than a suspended sentence after German authorities threw out the attempted murder charge based on an assessment of his mental health.

“The sad thing about the whole thing to me was that besides the physical and emotional harm that was done to Monica,” added Shriver, “is that this guy, in the end, got exactly what he wanted.”