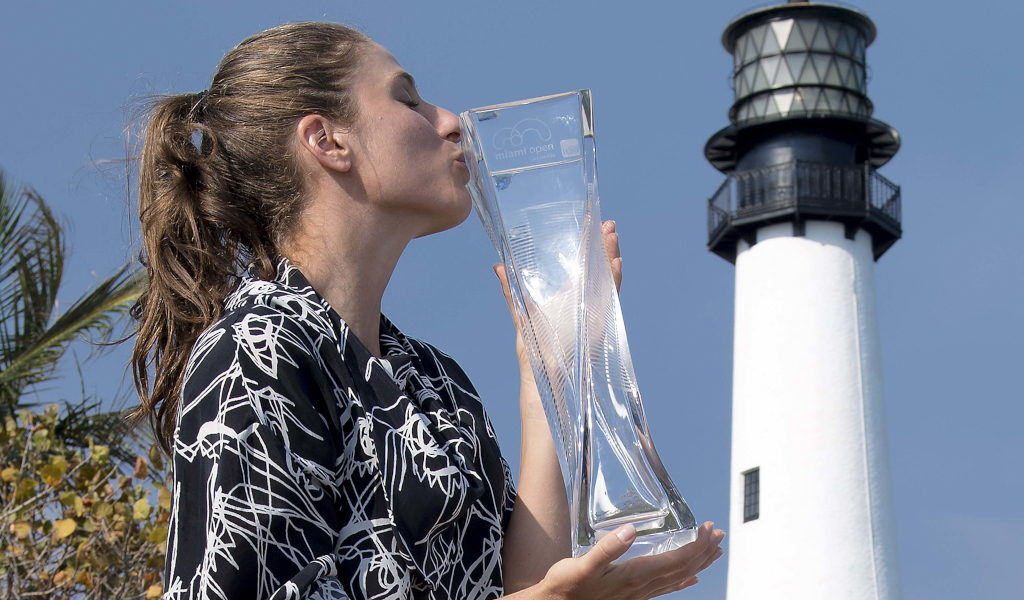 Johanna Konta became the first British woman to win the Miami Open on this day in 2017 with a 6-4, 6-3 victory over Caroline Wozniacki that also lifted her to a career-high seventh in the world rankings.

Konta, who had previously ousted Simona Halep in a marathon quarter-final, put her win down to “life experience” after sinking the experienced Dane.

“I think it was probably a combination of everything, but also a question of maturity,” Konta told wtatennis.com.

“I needed to go through certain life experiences, not just on court, off court as well, to I think make me into the competitor that I am, and also the person off court.”

Konta twice broke Wozniacki in a tense opening set only to be broken back, before Konta’s third break finally secured her the opener.

Wozniacki endured a medical time-out before Konta stepped up her advantage in the second set, breaking then holding for a 5-3 lead to move within one game of the title.

The pressure was all on Wozniacki’s service game and Konta moved to championship point with a blistering return before claiming the title after a Hawkeye check on her winning lob.

It turned out to be Konta’s biggest title of her career as she retired in 2021 with four WTA trophies to her name, having also won the Stanford Classic, Sydney International and Nottingham Open, while she also reached three Grand Slam semi-finals.