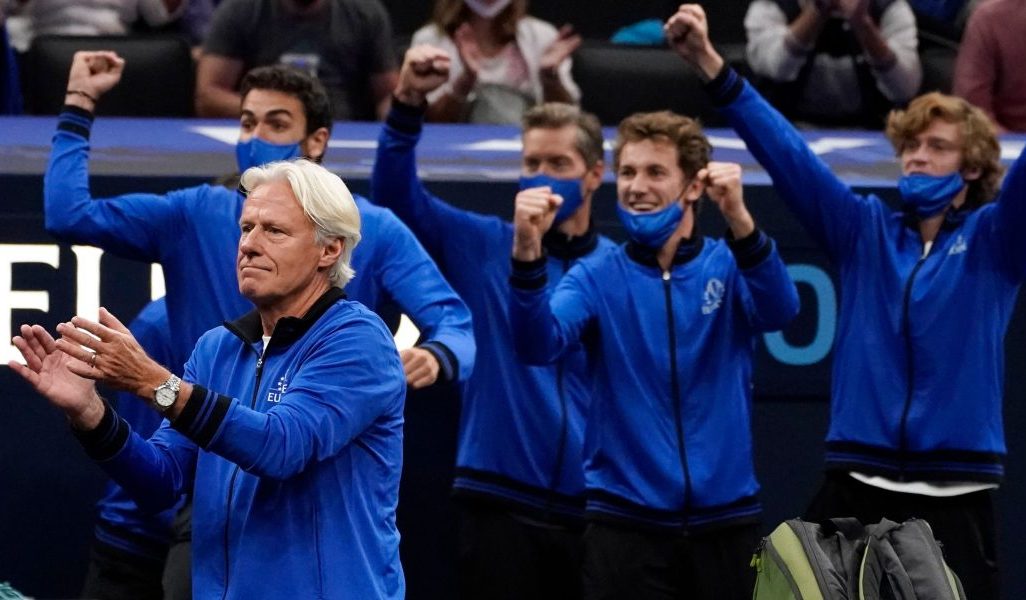 Team Europe are on the cusp of victory after building a commanding 11-1 lead heading into the final day of the Laver Cup in Boston.

The format of the tournament, helped created by Roger Federer, sees two points awarded for a win on the second day and then three in each match on the final day meaning Europe are one win away from retaining the title.

Getting it done for #TeamEurope 💪@steftsitsipas scores a 6-3, 6-4 victory over Kyrgios. #LaverCup pic.twitter.com/LUvDHD5xOX

Tsitsipas took a time out early during the second set to change his shoes, which saw Kyrgios laugh and shaking his head – the Greek having come in for criticism from Andy Murray for an extended bathroom break during their match at the US Open.

“I didn’t know what to expect because after the US Open, I didn’t play for a week and a half. Came here, practised as much as I could the past three days, so I didn’t hit many balls, but was surprisingly feeling well.”

His compatriot Andrey Rublev paired with Tsitsipas in the day’s final match, with the duo faltering early before finishing 6-7 (8-10), 6-3, 10-4 over Isner and Kyrgios to push Team Europe to 11-1.