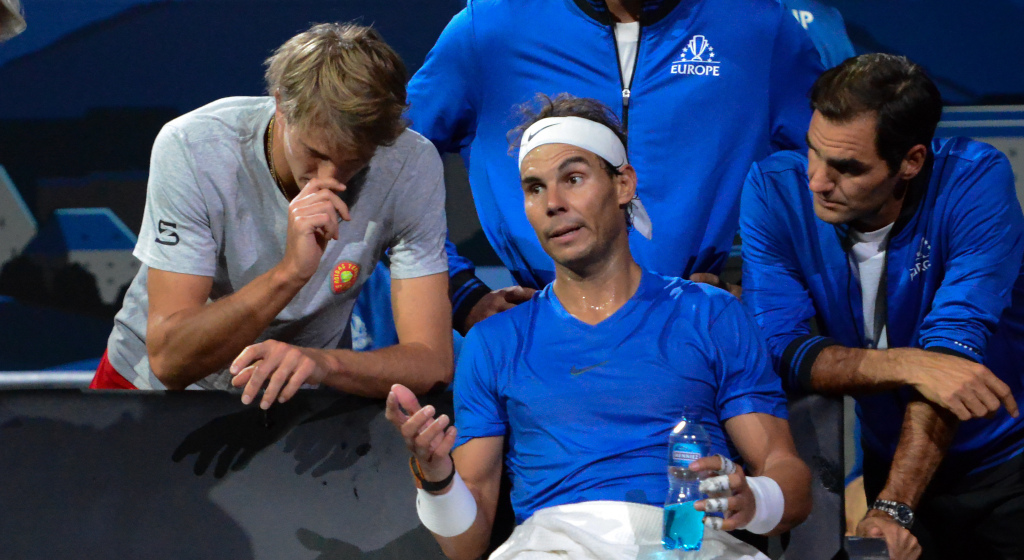 Team Europe enjoy a two-point lead over Team World ahead of the final day of the Laver Cup, but all eyes will be on Fedal as Roger Federer and Rafael Nadal will team up in the doubles.

Federer and Nadal won their singles rubbers on Saturday, but the visitors then won the doubles through Nick Kyrgios and Jack Sock to reduce the deficit to 7-5.

“It was really close that first set so it was tough to lose,” the 20-time Grand Slam winner said.

“The crowd could feel it, I could feel it. I needed to get some energy going but you can’t do that if you don’t play any good shots and Nick was playing very well.

“I was just trying to stay focused. If you can turn the momentum, the crowd gets back into it and I need some earplugs next time, it was just phenomenal.”

Nadal then came to the party as he beat Canadian Milos Raonic 6-3, 7-6 (7-1), but Team World were not to be denied as their doubles pairing got them back in the contest.

After a lull in the second set, #TeamWorld burst back to life in the nick of time.

“There was a lot on the line there,” Sock said. “We obviously wanted to keep the overall weekend close. Being down 9-3 is different than 7-5.

“We’ve had so many chances this weekend, it’s been crazy, so I think the score could be the other way round. I thought it was a high quality match and we’re definitely happy to get the win.”