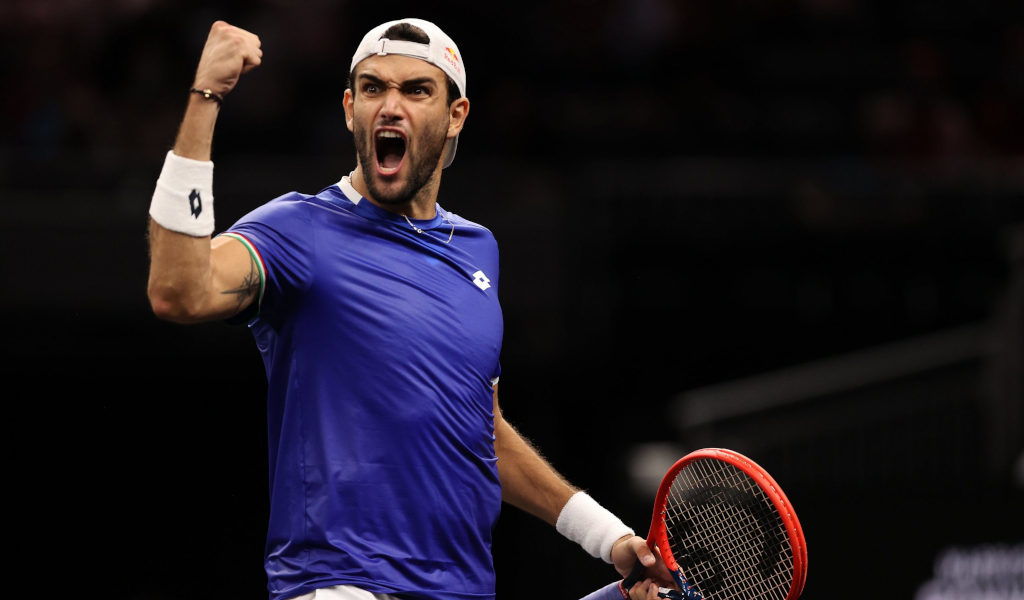 With Roger Federer watching from courtside, Berrettini proved a capable replacement for the Swiss as he triumphed in a tight contest against Auger-Aliassime that went to 7-6 (13/11), 4-6 and 10/7 in the match tiebreaker and gave Team Europe a 4-2 lead in the three-day tournament.

The 26-year-old Italian, who finished as the 2021 Wimbledon runner-up, had to dig deep to hold off a spirited challenge from Auger-Aliassime, a 22-year-old Canadian rising star.

Auger-Aliassime, ranked 13th in the world, is one of a group of prodigies hoping to take over from Federer and Nadal as the sport’s next generation.

Nadal had opted to pull out of the rest of the tournament after the Federer doubles match for what organisers said were “personal reasons”.

The Spanish world number three was replaced by Cameron Norrie on the Team Europe roster.

On the first day of his life after tennis, Federer could have been forgiven for following Nadal’s example and heading off for a well-earned rest.

Federer showed his love of the game as he sat courtside to support Berrettini with the rest of the Team Europe squad despite the post-midnight finish to his emotional finale on Friday.

Federer, who was involved in setting up the Ryder Cup-style Laver tournament, had said “we can all party together” as the 17,500-crowd raised the roof with their acclaim for one of the sport’s all-time greats after his final match.

The atmosphere during Berrettini’s clash with Auger-Aliassime struggled to live up to the great man’s swansong the night before.

Federer looked relaxed as he mimicked Berrettini’s clenched-fist celebration as the Italian took the first set after Auger-Aliassime saved five set points in the tie-break.

Auger-Aliassime was unfazed by losing that 75-minute opening set and levelled the match in the second set before Berrettini finally closed out the victory in the first to 10 points ‘Laver Breaker’.

Later on Saturday at the Laver Cup, Novak Djokovic will return to the court for the first time since winning Wimbledon in July.

Team Europe’s Djokovic faces US Open semi-finalist Frances Tiafoe in the singles and then teams up with Berrettini for a doubles match against Sock and Alex de Minaur.

The 35-year-old beat Nick Kyrgios to claim the seventh Wimbledon crown of a remarkable career that includes 21 Grand Slam titles.

But Djokovic, currently ranked seventh, missed the US Open in September due to his unvaccinated status, leaving him to take an enforced two-month break from competitive action.

The former world number one has faced Tiafoe once before in last year’s Australian Open second round when the Serb won in four sets.

READ MORE: Roger Federer’s classy farewell reminds others how it should be done