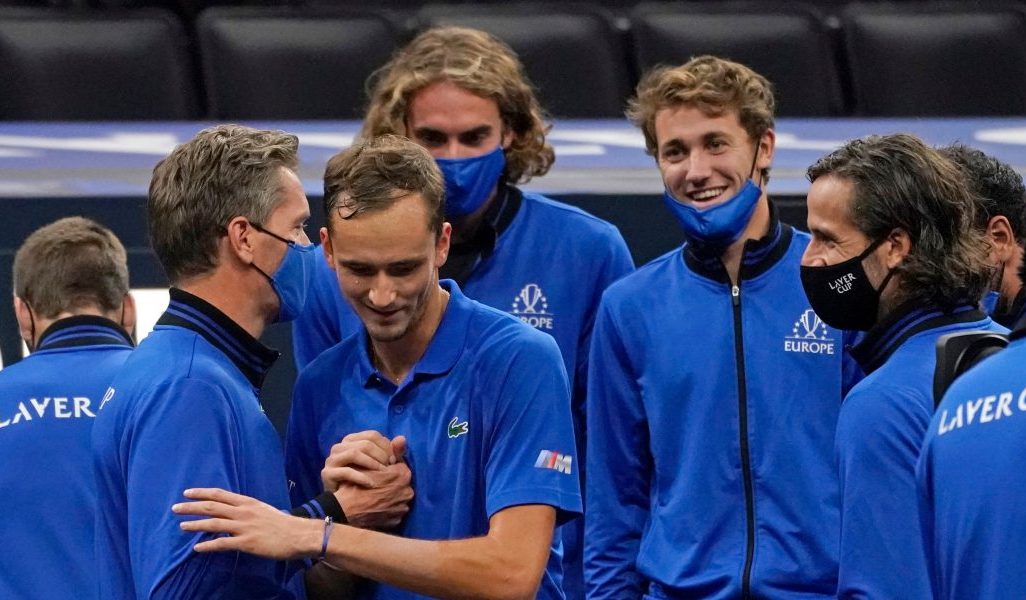 Team Europe maintained their unbeaten record in the Laver Cup with a thumping victory over Team World in Boston.

Leading 11-1 overnight in the Ryder Cup-style event, Europe needed just one win from the four matches scheduled on Sunday to make it four straight titles.

And the doubles pairing of Germany’s Alexander Zverev and Russian Andrey Rublev obliged with a 6-2, 6-7 (4-7),10-3 win against American Reilly Opelka and Canadian Denis Shapovalov.

On top of the world 🌎 #TeamEurope win their fourth consecutive @LaverCup title 🏆 pic.twitter.com/RkZutd9S09

The previous three editions had gone down to the wire despite the disparity in rankings between the two sides but this time Europe triumphed with room to spare.

Hubert Hurkacz won his third title of the season with a 7-6 (7-2), 6-3 victory over Pablo Carreno Busta at the Moselle Open in Metz.

The top-seeded Pole did not drop a set all week and rallied from a break down in the opening set to see off his Spanish opponent.

There was a first-time champion at the Astana Open as South Korean Kwon Soon-woo defeated Australia’s James Duckworth 7-6 (7-6), 6-3.

Kwon is the second South Korean man to win a tour-level crown in the Open era after Lee Hyung-taik.

The 23-year-old said on ATPTour.com: “I am just really, really happy to win today. It was a tough match against James. He served really well and played very well and I tried to focus every single point.”

It has been a brilliant week, too, for Duckworth, who is in the best form of his career at the age of 29 after undergoing eight operations on his elbow, foot and shoulder.