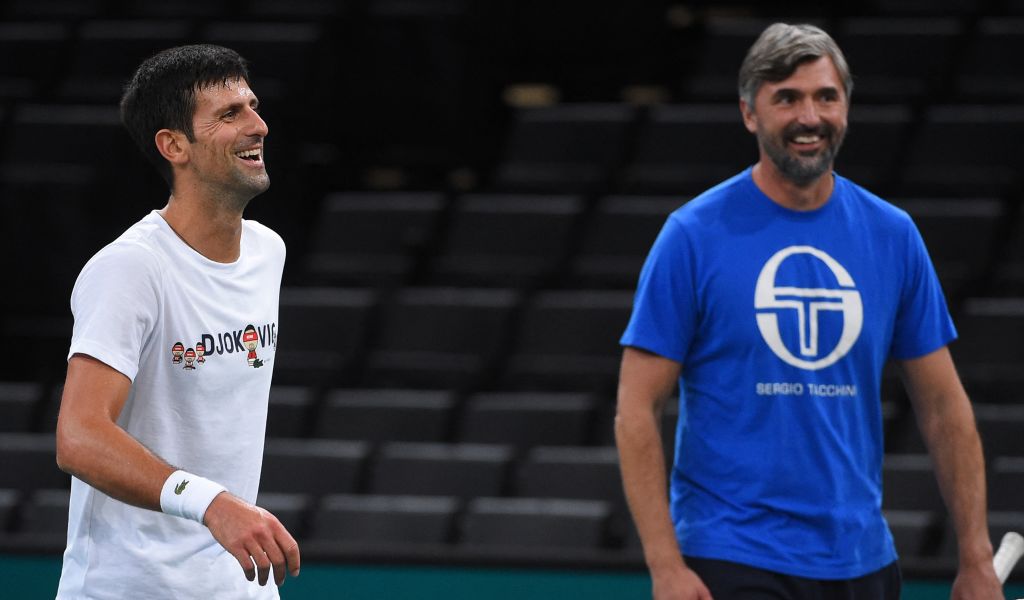 The world’s best players need the assistance of a coaching guru to realise their full potential, yet top-quality coaching is crucial to the development of players at any level of tennis.

That’s the verdict of LTA level 5 Master Performance Coach Kris Soutar, who gave Tennis365 his exclusive insight into the ethos behind coaching players of all standards.

The relationship between a player and a coach is so significant to success on court, with Emma Raducanu’s remarkable triumph at the US Open last year an example of a team working in harmony as Andrew Richardson took the work they had done together in the junior ranks onto the biggest stage of them all.

It was a success story that has given a huge boost to the game across the UK, with a big increase in participation of junior players coinciding with the revamp of the Lawn Tennis Association’s (LTA) coaching qualification courses.

Soutar, who has worked closely with Judy Murray over the course of his extensive career, is now part of the LTA team guiding the next generation of coaching talent and he believes the standards have been raised in the UK with the new LTA coaching ethos.

“A coach is massively important at whatever level you are playing at,” Soutar told Tennis365. “When you look at players like Nick Kyrgios and Gael Monfils, they have felt that they can do it without a coach, but most players will say a coach is vitally important.

“Whatever level of the game you are at, a coach can make a huge difference to a player and I am very precious about the tennis coaching industry in the UK.

“Ultimately, if we are going to dial up the levels of coaching, we have to make the qualifications more robust and we have done that.

“The LTA often get criticised for some of the work they do in UK tennis, but good is being done there and that is certainly the case with the new coaching courses driving up standards.

“They already had a good reputation in tennis around the world for their coaching qualifications and now that will be enhanced.”

Soutar is preparing to deliver workshops for coaches in the UK counties of Hertfordshire and Bedfordshire in the coming days where he will focus on the significance of movement on court.

Novak Djokovic has long been the master of movement at the top of the men’s game, with the 20-time Grand Slam champion boasting flexibility and court awareness that separates him from the rest of the ATP Tour when covering a tennis court.

Yet Soutar is convinced that improving your ability to get around the court can also have a crucial impact on players at the amateur level.

“Movement is a big topic and it is one that every coach at every level needs to get better at,” he added.

“No matter what level of tennis you play, movement is a massive factor. It also is a great pillar to build everything around the development of a tennis player. It really covers everything in tennis and goes into every performance factor you can think of.

“The workshops I will put on for LTA accredited coaches will look at ways to exploit space on the opponent’s side of the court and move the opponent.

“The theme is based around seven different ways to move your opponent in singles versus how to improve movement. Of course, both sides of that coin are important. You must excel at making your opponent move and also be great at protecting and covering the space on your side of the court.

“I will show them how movement can be trained and most importantly, they will be practically doing it.

“We often talk about different aspects of the game as a coach, but improving your movement allows all areas of your game to come together.”

Details on all LTA coaching courses are available at at their official website.