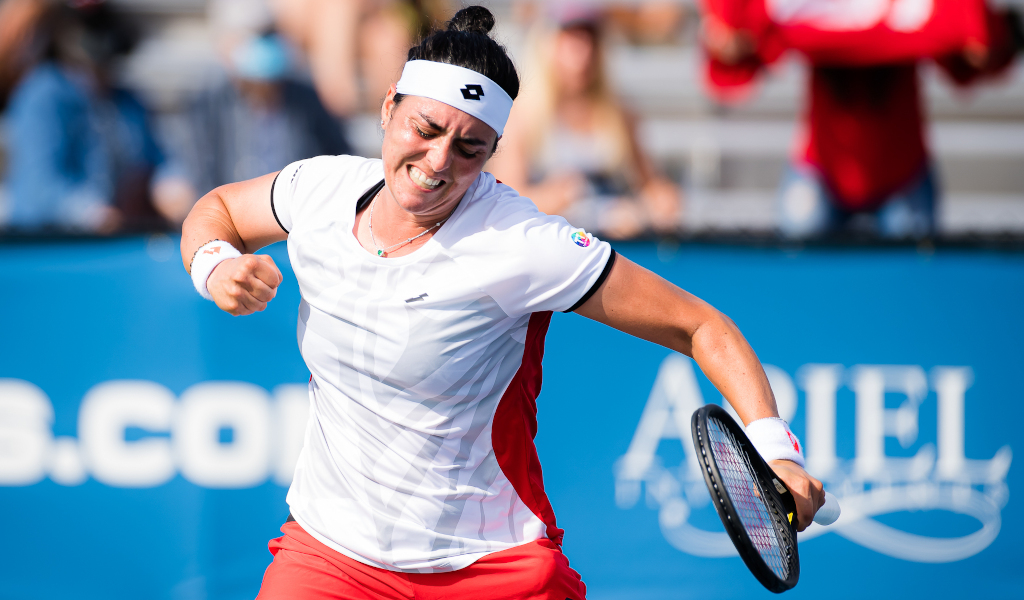 Ons Jabeur continues to make history on the WTA Tour and few are happier about the Tunisian’s success than tennis great Billie Jean King.

The 27-year-old Jabeur reached a career-high of No 8 in the WTA Rankings this week to become the first Arab player to reach the top 10 on either the ATP or WTA.

She had been building towards the milestone as she has reached three finals in 2021, winning the WTA 250 event in Birmingham in June, while she also reached the semi-final of the BNP Paribas Open and quarter-final at Wimbledon.

King, who was part of the sport’s “Original 9” who laid the foundations for women’s professional tennis, is delighted that the Tunisian is the living the dream.

“It’s a connection to our dream back in 1970 and Ons is actually living the dream. The players today are living our dream that we had for them,” she said in an interview with The National.

“When we started the Tour, there were three things we wanted to accomplish. One of them is that any girl in the world, if she’s good enough, would have a place to compete, and we meant that.”

King, who met Jabeur in Indian Wells a fortnight ago, has been a pioneer for not only women’s tennis, but women’s sport in general and believes Jabeur is also proving to be an inspiration for women, especially in the Arab world.

“She has such a yearning to do well for the Arab people, and that came through really loud and really clear,” the American said.

“She’s trying to represent the Arab people and I’m very big about what you do off the court, not just on the court. So I think I really admired that part of her. The reason I like it is because it’s always easy when you both think the same way, because I feel the same way, that I’m representing people, I love team play, I love representing my country, I love the fact that it’s something bigger than yourself, and I see that in her; I see that sameness in her that I admire.

“Because I think we need to use our sport as a platform to do good and I think she is, and I love that. I love the fact she’s so proud of being Arab, and she’s representing Arabs; she wants to make a difference for women’s tennis as well.

After reaching the top 10 for the first time, Jabeur admitted that she has set her sights on bigger achievements, saying: “This is a dream coming true. This is something that I’ve been wanting. I always wanted to get there, to be No 1 in the world.”

King certainly feels there is a lot more to come from the Tunisian.

“She can improve a lot, so I don’t think No 8 is going to be her top ranking at all, I think she’s got the ability to go much higher,” she said.

“And I think as a child, or when she was younger and maybe still to this day, a few of the things I’ve read is her saying she’s always wanted to be No 1. So she’s going in the right direction that’s for sure.”