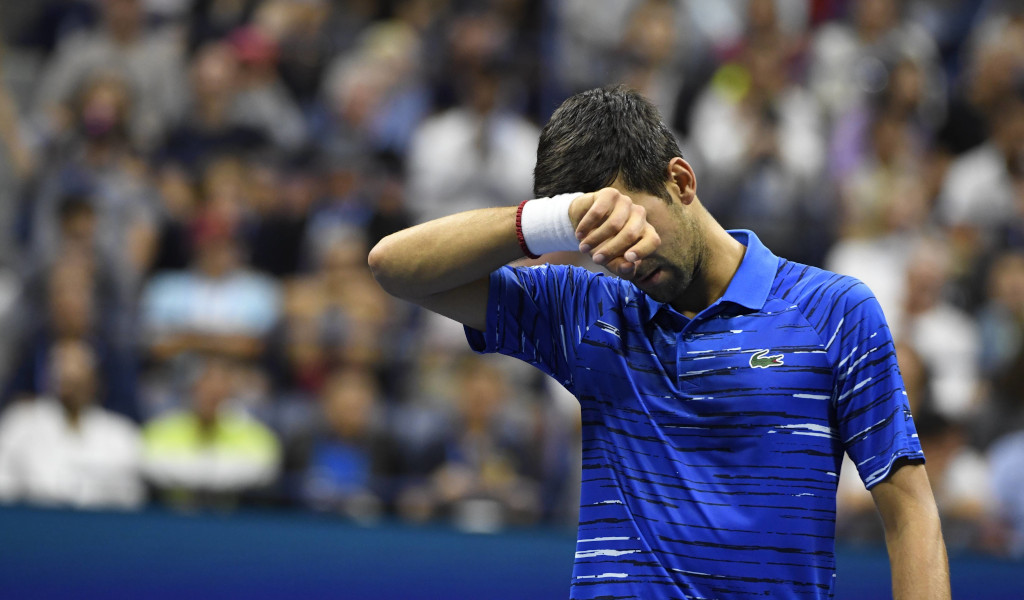 In Tennis Today, reports emerge that Novak Djokovic could be about to drop an injury bombshell, and Tiger Woods still loves Rafael Nadal…

What’s on the site
It’s very possible that the incredible US Open final between Rafael Nadal and Daniil Medvedev has inspired you to take up tennis yourself. But where to start?

Getting yourself a racket is usually a pretty solid place to begin, and we have you covered by asking a genuine expert about what you need to look for.

Of course, it’s not just the men inspiring people right now, it’s the women too, and none more so that Bianca Andreescu

The 19-year-old has hit the headlines for her brilliant US Open win and has also hit the chat-shows, where she has been opening up about her incredible rise.

Andreescu is a few years and titles away from Serena Williams levels of celebrity, though, and she has been snapped at a New York movie premiere with her millionaire tech guru husband.

What’s in the news
Novak Djokovic’s injury problems at the US Open have kind of been lost amid a combination of media silence from the Serbian and the brilliance of the final, but one news source is reporting there may be trouble ahead.

The pretty reputable New York Post claims that Djokovic originally planned to return to the tour for the Japan Open at the end of September, but he may now revise that schedule.

Those plans may include ending his season early and undergoing shoulder surgery in Switzerland in a bid to be ready to defend his Australian Open title in January.

Should the report be true, it’s a risky plan given how long it took him to rediscover his game following elbow surgery in 2018, but it would fit his comments that Grand Slams are by far and away his biggest priority now.

In other news, the US Open are congratulating themselves – and Rafael Nadal for reasons entirely unrelated to SEO optimisation, we are sure, for a record attendance.

Under the headline ‘Nadal helps US Open set new attendance record,’ they have announced:

“In total, during the past three weeks, 853,227 people attended the tournament, including the US Open Fan Week, which includes qualifying matches.”

Bianca Andreescu basked in the adulation of being a national hero, and why wouldn’t she?

Proud of my bestie @serenawilliams for the launch of her new collection at the @nyfw !

And Bethanie Mattek-Sands is having one HELL of a week…