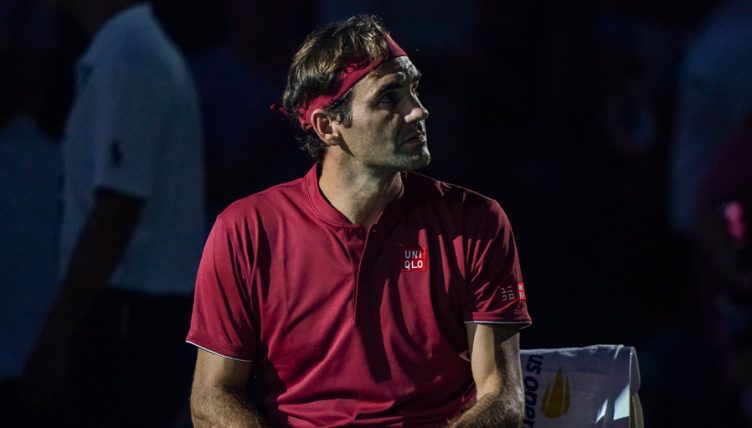 In tennis today, more details have emerged about Roger Federer’s health with accounts given of his behaviour directly after US Open defeat to John Millman.

What’s on the site
I don’t really care what else is going on, surely the biggest news from the US Open is still that Rafael Nadal got bagelled?!

Although, having said that, what Dominic Thiem did to the world number one is far from unprecedented, and you can take our quiz on the occasions it’s happened before to prove it.

Nadal himself is ‘sad’ about winning that particular epic against Thiem, though. Find out why by reading this.

What’s in the news
The shock waves from Roger Federer’s US Open defeat to John Millman continues to be felt, and the rumours over the Swiss’ health continue to be heard.

Federer certainly didn’t look right on court during the four-set defeat, leading to suggestions that he wasn’t well for the match-up.

And now, further fuel has been poured on that fire with ESPN reporter Chris McKendry revealed Federer was initially unable to get to the locker room as he required immediate treatment.

“We follow the players all the way to the locker room, he didn’t get there,” she said.

“He quickly came off the court and went to a door on the right – a holding room usually for players.

“Before he went in there and needed to cool down, receive some treatment and make sure the medical start had a look at him.”

McKendry’s colleague Mary Joe Fernandez, who is the wife of Federer’s agent Tony Godsick, also revealed the 37-year-old struggled with the conditions.

“It was tough, the conditions for the first time got to Roger,” she said.

“I did get to see him afterwards in the holding room and he was not well.

“He was not feeling well, he took a long time to lay down [and] try to get his breathing under control.

“It was difficult for him. It was tough for him on the court because Millman was fit as a daisy.

“He looked like he was ready to go another could of sets.”

What a great experience and epic match under lights in New York ! 🗽🏙 Congrats @rafaelnadal for an incredible match and good luck for the semifinals ! 💥🍀 #usopen #seeyounextyear #bigmatch #heretocreate #4ocean

The Australian Open paid tribute to the history-makers.

History for Japan 🇯🇵@naomiosakatennis and @keinishikori advance to the #USOpen semifinals, giving Japan a women’s and men’s semifinalist at the same Grand Slam, a first in the Open era.

And they also hinted at some possibly history to come?

The last time @delpotrojuan made two Grand Slam semifinals in one year? 2009, when he won the #USOpen⁠. Can he do it again?