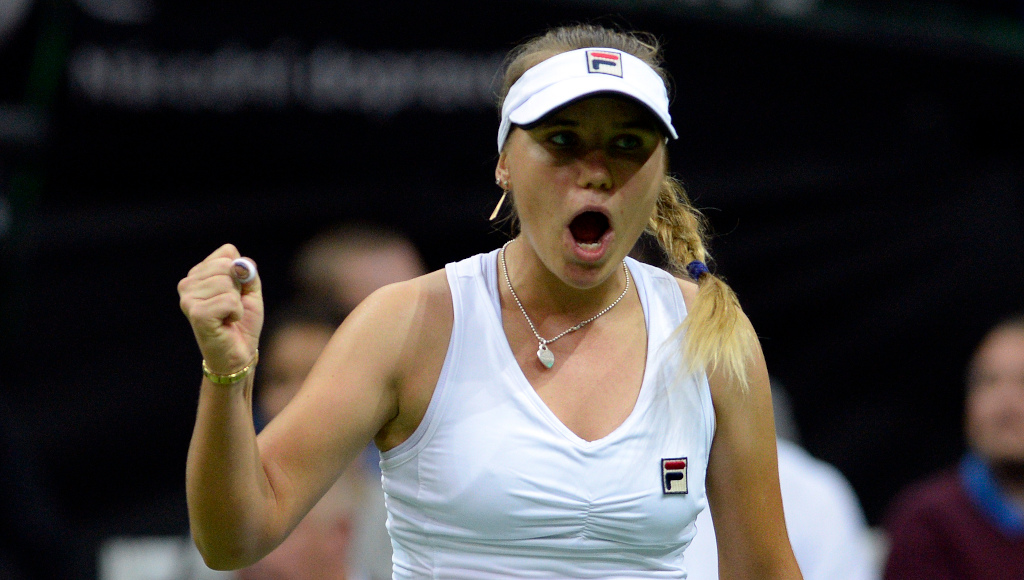 No 1 seed Sofia Kenin of the United States had to grit her way through a tough first set before quelling the challenge of Chinese qualifier Yang Zhaoxuan, 7-6 (7-4), 6-2, and moving into the second round of the Abu Dhabi WTA Women’s Tennis Open.

World No 4 Kenin, the 2020 WTA Player of the Year, needed over an hour to finally polish off the opening frame against Yang, a former Top 20 doubles player who is currently ranked World No.789 in singles and is contesting her first singles event since October of 2019. Kenin eventually took the straight-set victory after a total of one hour and 52 minutes of play.

World number 23 Anett Kontaveit was the highest-ranked casualty on day one of the inaugural Abu Dhabi Open in the United Arab Emirates.

It was a good day for the leading names, with Elina Svitolina, Karolina Pliskova, Garbine Muguruza and Aryna Sabalenka all chalking up straight-sets wins.

Eighth seed Vondrousova was beaten 3-6, 6-3, 7-6 (7-3) by the evergreen Hsieh Su-wei while 11th seed Brady went down to Tamara Zidansek despite winning the first set 6-0.

Coco Gauff began her season in emphatic fashion with a 6-0, 6-1 victory over Norway’s Ulrikke Eikeri.