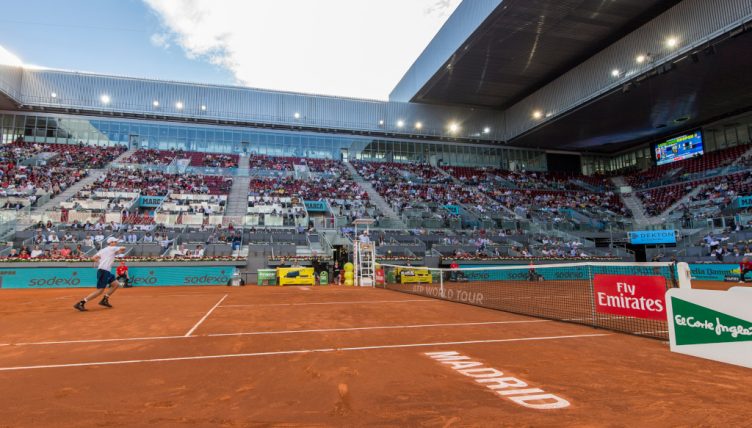 In the world of online games, tennis isn’t as popular as team sports like football or basketball, but that doesn’t mean there isn’t an appetite to play them.

When the Nintendo Wii was first released, one of its biggest titles was Wii Sports Tennis, where wannabe tennis players could release their aggression from the comfort of their own living rooms. Luckily, there are still plenty of great tennis games to play on the mobile, PC or console, if you know where to look.

If ever a game was designed for kids and adults alike to be given the opportunity to inadvertently punch, strong-arm and decapitate opponents in their own house, it’s Wii Sports Tennis. Playable immediately with few controls to master, the smooth motion of playing tennis gave everyone the chance to while away afternoons playing with friends, whilst getting in some physical exercise at the same time. Still a party classic after all these years.

When Virtua Tennis first came out on mobile, it was the visual graphics that stood out best. Way better than anything else found in the mobile market, it featured touch screen controls and a career mode that enabled game play to get progressively harder the longer you played it. Still a recommended tennis title for mobile, it paved the way for all mobile-oriented tennis games coming after it.

If slots are your thing then the Tennis Champions slot is the one to play. It features scatters, wilds and winning multipliers that increase the value of winning lines after each no-win spin. It can be found on the BitStarz casino and a review of this site reveals it to be one of a growing number of casinos that supports playing in bitcoins (hence the name). Perfect for rainy days when tennis is cancelled.

Returning to the arcade, although not really, in Mario Tennis Aces, this fighting game where instead of the usual fists, feet, swords and guns, tennis rackets and balls are used to batter opponents. Although not strictly tennis, it is enormously fun to play in the way all of Nintendo’s Super Mario games are.

This is one of those PC games that really values the arts of skill, accuracy and timing. There’s no smash and grab action going on here. Gamers need to master the controls before being able to understand and truly appreciate the gameplay. While this game doesn’t include the very latest players in the world, seeing as though the top three haven’t changed for a decade, you might not notice anyway. However, you do get to play in all the Grand Slams and it was licensed for a large selection of Masters tournaments, too.

Clearly, we won’t be seeing any tennis action soon on the next world eSports Championships, but that doesn’t mean there aren’t any decent mobile, console and PC tennis games for fans to enjoy when the clouds start gathering over Wimbledon. Whether your fancy is mobile gaming, career progression, beautiful graphics or casino-based slots, there’s a tennis-themed game waiting for you.