‘The first time I’ve done it,’ says Andy Murray after getting his portrait done by Maggi Hambling 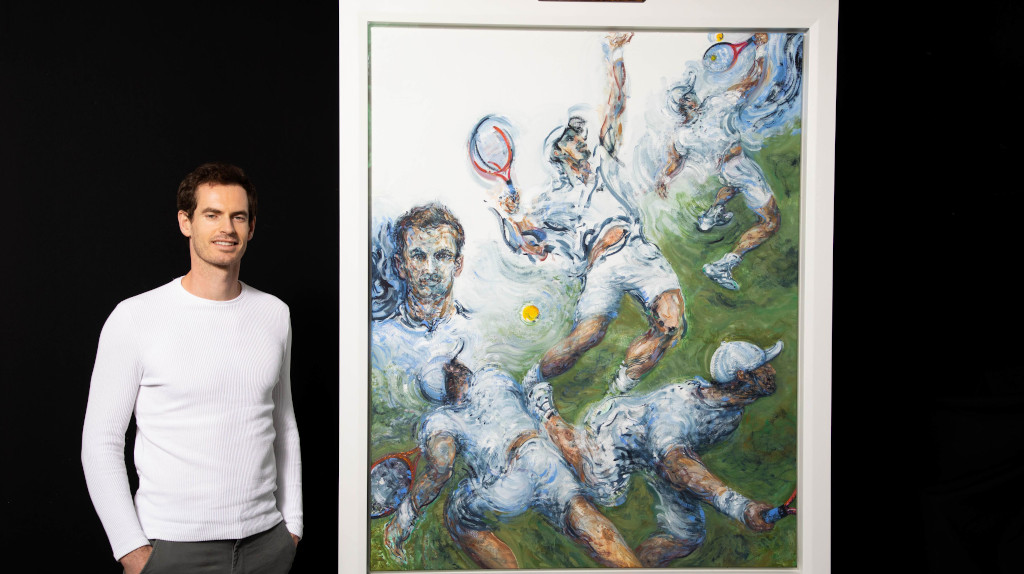 A new Andy Murray portrait by artist Maggi Hambling will be on public display in the National Portrait Gallery in London for the next few months.

Three-time Grand Slam winner Murray had to put on his Wimbledon whites as he posed for a series of drawings by Hambling.

The painting and two of the drawings are on public display in the gallery until May 3 after being gifted by a private donor.

“Over the last few years I’ve become more interested in art and Maggi is one of my favourite artists, so I was more than happy to sit for a portrait – the first time I’ve done it,” Murray said.

“It was fascinating watching her work, so much time and effort goes into a painting like this.”

Hambling explained the thought process behind her multi-figured painting.

“The composition arrived not only from the drawings but from my imagination which had been on the boil for some time beforehand in preparation,” she said.

“Andy’s physicality is at the core of the painting…

“The challenge here was the speed of Andy’s whole body as he plays, one stroke flowing into another.

“The portrait head in combination with his figure in action encourages the eye to move throughout the territory of the canvas.”