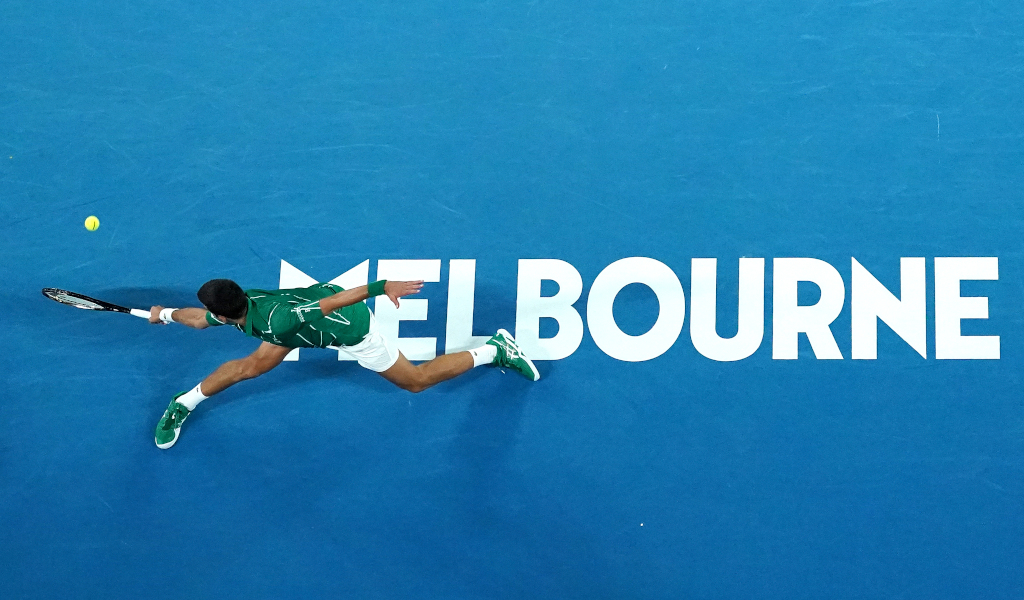 Defending champion Novak Djokovic brushed aside Milos Raonic in the Australian Open quarter-final to set up a 50th career meeting with Roger Federer.

While his great rival Federer required another five-setter to book his place in the last four, Djokovic was relentless against the big-serving Raonic, winning 6-4, 6-3, 7-6 (7-1) in just under three hours.

Serbian sensation 🇷🇸@DjokerNole def. Milos Raonic 6-4 6-3 7-6(1) to advance to his eighth #AusOpen semifinal, where he will meet Roger Federer for the 50th time. #AO2020 pic.twitter.com/ElT6H9jDAE

Despite have one of the most powerful serves on the tour, Raonic struggled to make use of his big weapon on Tuesday and he saved eight break points in the first set before Djokovic finally got the job done on break point No 9.

It was the first time in the tournament that the Canadian’s serve had been broken and the seven-time Australian Open winner kept the pressure on and got a break in game four of the second set.

Raonic was again up against it in game 11 of the third set as he saved four break points, but Djokovic dominated the tie-breaker to wrap things up.

In a repeat of last year’s Wimbledon final, Djokovic and Federer will do battle for a place in the final.

“He is one of the all-time greats and the match-ups against Roger and Rafa [Nadal] have made me the player I am today,” Djokovic said of his rivals.

“I hope I can get just one match point against him. Let the better player win.”