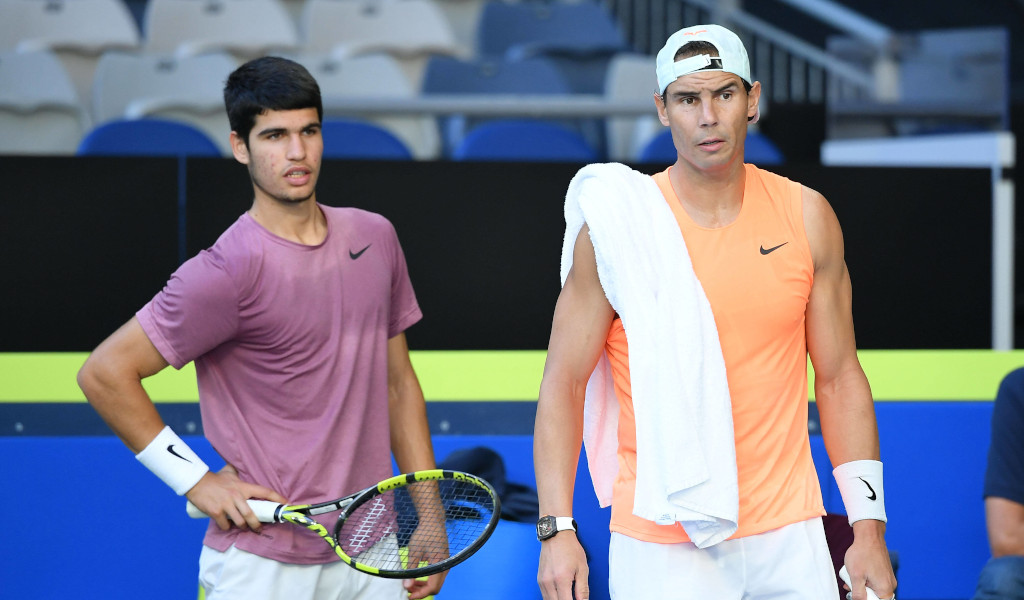 Many believe teenager Alcaraz, who turns 18 on Wednesday, is the heir to Nadal’s throne and the pair will meet in a generational clash in the second round of the Madrid Open.

The duo have practised together in the past, but Nadal’s coach Carlos Moya rates Alcaraz very highly, but knows the youngster still needs a lot of experience at the top.

Hopefully the first of many! 🙌

“It’s going to be a special match,” Moya is quoted as saying by ATPTour.com. “It is an encounter between the present, because Rafa is still the present and has been for many years, and the immediate future.

“I think that Alcaraz is going to be a great player. He’s already very good, although he’s still lacking that experience and he’s in the process of improving. It’s a natural generational succession.”

At the age of 34, Nadal is in the twilight of his career while Alcaraz still has his whole career ahead of him and Moya knows that the 20-time Grand Slam winner is still the man to beat.

“Rafa will not last forever, that’s life, unfortunately,” Moya said. “In a few years, I think Carlos will be one of the players in the fight for Grand Slams. Maybe they will meet in the final of a big tournament.

“Rafa has been at an extremely high level for many years and Carlos in one or two years may be perfectly ready to fight for those tournaments. But we’re in 2021, and at the moment, Rafa still has that experience and the game that we believe is good enough to fight for any tournament.”