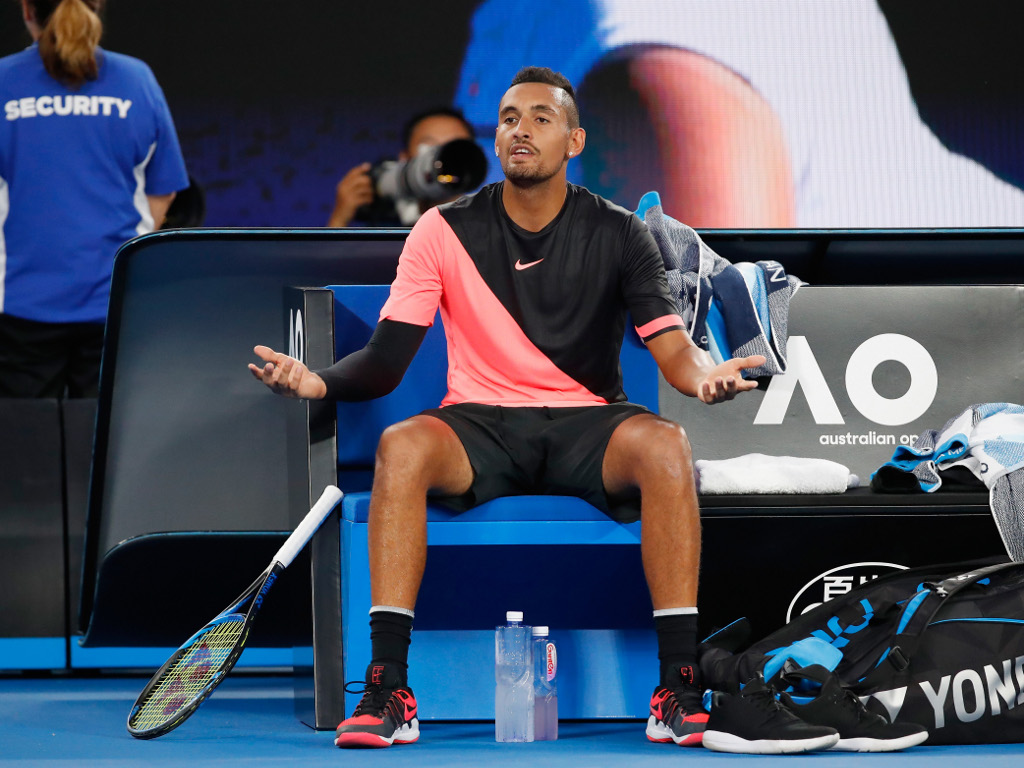 Australian doubles legend Todd Woodbridge believes Nick Kyrgios needs to add some discipline to his game if he wants to become a top five player.

Kyrgios has shown a lot of promise in recent months as he won the Brisbane International and reached the fourth round of the Australian Open where he went down in four sets against Grigor Dimitrov.

However, the “old Kyrgios” was back during Australia’s Davis Cup tie this weekend as he smashed his racquet during his three-set defeat to Germany’s Alexander Zverev.

Woodbridge says the 22-year-old can learn a thing or two from Zverev.

“Kyrgios is ranked 14th in the world and Zverev is ranked five, and that difference is big in terms of consistency,” he told SEN Breakfast.

“In that match we saw Zverev just come up and be a lot more consistent, and disciplined is probably the word.

“That’s the next level for Nick to get into the top ten, top five.”