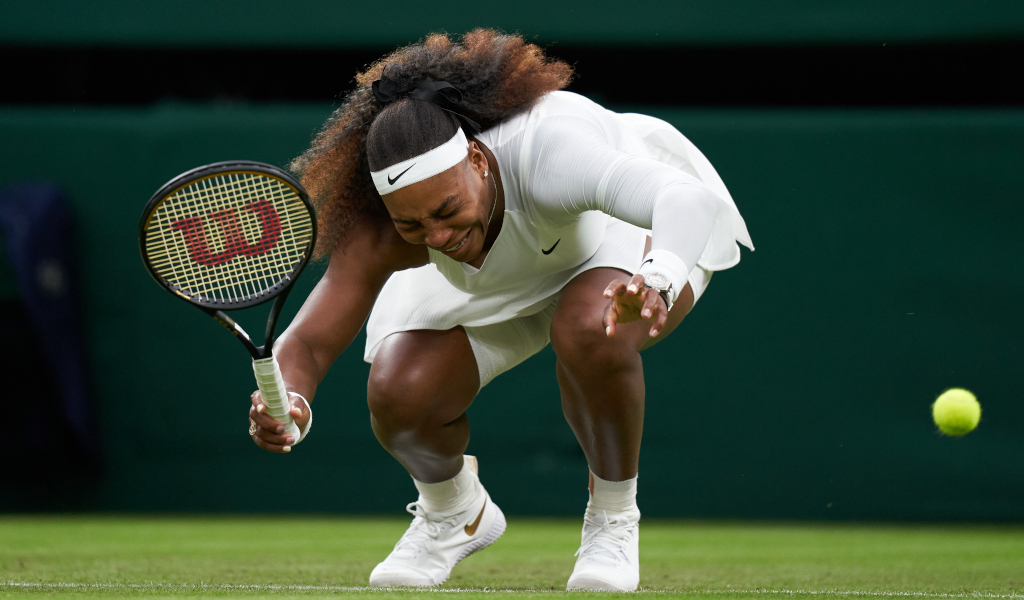 Novak Djokovic at the 2009 Australian Open

“It’s happened before. He’s not the guy who’s never given up in his career. That’s kind of disappointing to see when you have two top guys and you give up.”

Ouch. These were Roger Federer’s thoughts on defending champion Novak Djokovic pulling out of his 2009 Australian Open quarter-final against Andy Roddick. The Serb was two sets to one down and suffering from heat stress when he felt enough was enough.

Djokovic defended his corner: “People could see that I was struggling with movement, the main reason is cramping and soreness in the whole body.”

These two almost forty something champions were in dire trouble. The wheel of fortune fell for one but not the other

Roger Federer was struggling against French journeyman Adrian Mannarino, who was two sets to one up and had a break point in the fourth before slipping and then, ultimately retiring just before the start of the fifth set with a knee problem. Federer admitted: “Obviously, he was the better player, so I definitely got a bit lucky.”

Serena’s luck then ran out. Locked at 3-3 after just over half an hour of a captivating match with Belarusian Aliaksandra Sasnovich, she fell badly on her left ankle and gave out a banshee scream which meant big trouble. Despite a medical break, and then a gallant return to court to try to continue this was the end. Will we see her again?

Novak Djokovic a sore loser at the Monte Carlo Masters 2008

Before defending his Australian Open title, Djokovic was already on the defensive from critics about his habit of quitting.

The Serb pulled out of his match against top seed Roger Federer after trailing 6-3, 3-2 in the 2008 Monte Carlo Masters semi-final, complaining of dizziness and a sore throat.

Djokovic said: “I’m very unhappy if that is my reputation. I’m a big fighter. Maybe I could have gone another three-four games and finish the match, but I think everyone saw how tough I was breathing.”

Federer had a sly dig a few months later when he suggested the Serb had “given up because of a sore throat”.

Nick Kyrgios quits not once, not twice, but thrice

Kyrgios has been known for “tanking” matches (his ahem, attempts to return Richard Gasquet’s serve at Wimbledon in 2015 was effectively a retirement in itself).

However, in 2017 he managed to pull out of three consecutive matches with more justification. Firstly, the Australian quit at Queen’s Club after losing the first set to Donald Young when falling badly to the turf and hurting his left hip. A week later, he called it off at SW19 after dropping the first two sets to Pierre-Hugues Herbert, citing that he was only 60 to 65 per cent fit.

“I spoke to the doctor before the tournament started. He was leaning towards me not even playing. It’s my favourite tournament. I do well here every year. So it’s tough for me to go out there and pull out. It’s not the easiest thing for me to do.”

A month later, the 22-year-old was taking on Tennys Sandgren in the second round of the Citi Open and retired while down 6-3, 3-0. “Just struggling, mentally, physically,” Kyrgios said afterwards. When was it ever different?

Justine Henin cramps up and retires in 2006 Australian Open final

Amelie Mauresmo finally claimed her maiden Grand Slam in 2006 at Melbourne after choking accusations but the nature of victory will always be a little tainted. She defeated the usually hard as nails Justine Henin by a scoreline of 6-1, 2-0 which required further inspection.

Henin was on a 20-match winning streak in Australia and blamed stomach cramps on an increased dosage of the anti-inflammatory drugs she was taking for an injured shoulder. Mauresmo refused to be drawn into the physical problems of her opponent and said: “I was ready to die on the court today.”

Jeff Tarango became the first tennis player to quit mid-match at a major tournament when he stormed out of Wimbledon during a third-round clash with German Alexander Mronz in 1995. Tarango refused to continue when umpire Bruno Rebeuh had the temerity to call one of his serves out.

The Californian was then hit with a violation for telling hecklers in the crowd to “shut up” and was subsequently hit with a code violation for an audible obscenity. He then insulted Rebeuh and when he was penalised again decided to quit and waltzed off. Tarango was banned from the tournament for one year.

Just for good measure, his wife personally sought out Rebeuh after the match and slapped him across the face.

British tennis “sensation” Emma Raducanu (yes, the British media was saddling her already with great expectations before the US Open) was forced to retire during the second set of her fourth-round Wimbledon clash with Australia’s Ajla Tomljanovic due to “difficulty breathing”.

Tomljanovic into her first Grand Slam quarterfinal, where she will face fellow Aussie Ash Barty.#Wimbledon

As the Daily Mail put it, this brought an end to her “fairytale run” as “thousands of spectators watched on”. Mmm. Yes, they do pack in a lot on Centre Court.

If we cast our minds back to before she was famous, Raducanu was ranked 338 in the world at the time and had become the youngest British woman to make it to the second week at SW19 since 1959. She was taken off court requiring medical treatment after losing the first set 6-4 to Tomljanovic before eventually retiring 3-0 down.

John McEnroe caused controversy for his view that it all got a bit too much for the teenager. Nonetheless, the 18-year-old bounced back to take back the narrative was she put on an England Euro 2020 shirt during a savvy BBC interview with Sue Barker. We know what happened next.

Amanda Anisimova gets up and walks out at Indian Wells

Amanda Anisimova retired in the middle of her Indian Wells second-round match against Leylah Fernandez this month after failing to convert four match points. A set up, the American had a chance to finish the match but lost the tiebreaker 0-7 which prompted her to well up and, er, walk off.

Despite the umpire’s insistence that she should wait for a medical trainer, the 20-year-old strode away into the dead of night. She later insisted that the issue was sickness and called for understanding: “I couldn’t go on with the match anymore because I felt like I was putting my health at risk at that point. …And please keep your negative comments to yourself.”

NoFirstName claycourtdal on Twitter: “Can you wait for supervisor because it’s all of a sudden let’s wait” “Amanda please wait for the supervisor, thank you” “Amanda wants to retire, she says she’s really sick pls come to court asap” *Amanda Anisimova walks off* “OK, Layla it’s finished” 😳😳😳

“Amanda please wait for the supervisor, thank you”

Quitting was becoming such a thing at 2017’s Wimbledon that the AELTC was considering a new rule to deter injured players from collecting their purse of £35,000 after failing to complete a match.

Roger Federer said: “If you walk out on Centre Court, there is a responsibility. …A player should not go on court if he knows he could not finish.”

No less than seven men pulled out in the first round including Federer and Novak Djokovic’s opponents, Alexandr Dolgopolov and Martin Klizan, both of whom didn’t even last three quarters of an hour. Unsurprisingly, one of the seven was Janko Tipsarevic who had one of the biggest retirement rates on the tour before his retirement in 2019.

Bethanie Mattek-Sands had to quit in the most painful circumstances possible during her second-round match against Sorana Cirstea at Wimbledon 2017 when she ruptured her patella tendon and dislocated the right kneecap.

Having received a wildcard entry from the All England Club, Mattek-Sands fell to the grass when her right knee buckled as she moved toward the net. She immediately clutched her knee, screaming “Help me! Help me!” If you are of a sensitive disposition, look away now…