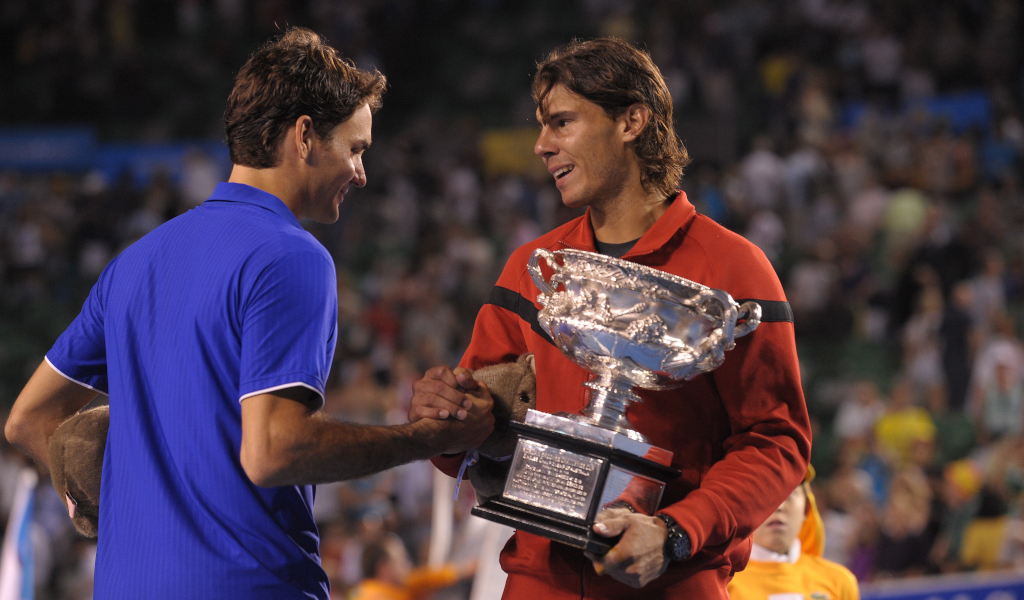 Andy Murray said that heckling is part and parcel of sport this week and that he learnt to “tolerate” it. Which begs the question – who are the tough as tennis teak players that thrive when the chips are down? Here’s a handy list for the ages…

There is one match that truly summed up the spirit of the “Brash Basher of Belleville”. The eight-time major winner was trailing Swede Mikael Pernfors 1-6, 1-6, 1-4 at Wimbledon in 1987. Instead of accepting the inevitable, the 34-year-old got down and dirty. He reeled off 18 of the next 25 games with the kind of accompanying fist pumps that Jurgen Klopp would be proud of.

In 1987, Jimmy Connors and Mikael Pernfors contested one of the great Wimbledon epics – click below for the full match replay, with visual enhancements from @IBM#WimbledonRecreated

It was true grit: “My ego was hurt. I had to do something to counteract what he was doing. The best thing I did out there was to grind and fight. ”

The Spaniard was as ballsy as they come and worked from a different set of rules: “Tennis is a very mental game and that’s most important. What makes a champion is your mentality, capacity to play right points at important moments and tenacity.” She scored highly where it mattered – between the ears.

The Barcelona Bumblebee would chase tennis balls down as if every point was the last. She was the original wall, but unfortunate enough to play in an era dominated by Monica Seles and Steffi Graf. Sanchez Vicario still came good against both in three majors. Her most memorable win was at Roland Garros as a 17-year-old where she overcame Graf in the final set.

The 35-year-old has just outlasted temporary world No 1 Daniil Medvedev, 10 years his junior, at Melbourne. Thirteen years previously, he made Roger Federer cry at the same venue when beating him in five sets. That was straight after taking over five hours to defeat countryman Fernando Verdasco in the semi-finals…

Even as recently as this week, the Spaniard somehow found the strength to come from two breaks down against Sebastian Korda at the BNO Paribas Open: “In my mind is, ‘Okay, it’s almost impossible. I don’t want to give up. I’m going to keep trying. But I know it’s going to be almost impossible. Let’s try to let him win, not help him to win. “Ok, Rafa. Whatever you say.

You know that bit in matches where he looks out for the count and then rises like a phoenix on heat? Yep. Some think it’s all a ruse. Well, it certainly put Andy Murray off in the 2015 Australian Open final when the Scot thought he had his man. Likewise, Rafa Nadal probably thought he was odds on to win the longest major final in history in 2012. How many match points has the Serb saved against Roger Federer in semi-finals and finals? There’s just so much evidence that Djokovic has the biggest mental defence possible in extremist.

Seles was the youngest-ever world No 1 at the age of 16, winning 33 of 34 tournaments and six Grand Slam titles from the seven she contested between 1991 and 1993. Three of those victories were over Steffi Graf who only dominated the sport again in the period after her nemesis was stabbed during a tournament in Hamburg.

Before that fateful day when a Graf obsessed fan plunged the knife, Seles was the hardest nut to crack of them all. Martina Navratilova certainly thought so: “Mentally she was just so tough, she was right up there with Chris [Evert]. You couldn’t crack her, you never got the feeling she was panicked or pissed off. Nothing. You could not read her body language.”

The only time Pete Sampras ever seemed vulnerable was when he started crying on court after his coach Tim Gullikson was diagnosed with cancer. He would carry himself the same way, whether two sets up or two sets down. There was no getting emotionally involved. Aesthetics were not his thing. Winning was. That unerring serve and adept net play were perfectly suited to SW19 where he won seven times.

Pistol Pete claimed 13 out of the first 15 majors he competed in. It was always on his racket: “Choking is being in a position to win, and then experiencing some critical failure of nerve or spirit. That never happened to me. And I can’t help but think it was because I was never afraid to lose.”

Up to and including the 2017 Australian Open, Serena Williams had a 23-6 record in singles majors. What’s even more impressive is that in just over half of those Slams, she was five or fewer points from defeat at some point in the tournament. She was brilliant in the clutch moments.

The four-time Grand Slam champion now makes for a very amenable courtside interviewer. He was a different beast in his heyday. Andre Agassi, whom Courier defeated in an epic US Open in 1991, credited his compatriot for changing his work ethic: “Jim opened my eyes to what it took to get to No1 and stay there. He’d win a three-hour match on clay and then go for a 20-minute run. When you played Jim you were in a dogfight until the final point.”

Courier retired at the young age of 29 when he knew that his race had been run. He was a blue-collar worker ant who loved a slugfest. He knew it too: “When my fitness was at its peak I made guys cave in. I’d rub it in their faces. I meant to do that.”

Navratilova was simply a colossus of the game in the 1980s, at one point losing only six matches between 1982 and 1984. She was ahead of her time in the athleticism of professionalism before fitness became so prevalent in the modern game. Her physical stature would often overwhelm opponents before they stepped onto the court.

She claimed 18 Grand Slam singles titles and 41 majors overall. Her greatest rival in the 80s, Chris Evert, said: “I think people thought of her as a villain because physically she was so strong.”

It is no coincidence that Andy Murray excelled under the stewardship of Ivan Lendl. Like the Scot, the Czech-born star lost his first four Grand Slam finals but managed to win at the fifth time of asking when staring down the barrel at Roland Garros. Lendl had an almost furnace-like obsession with competition, spending 270 weeks as world number one and taking eight major titles.

“Ivan the Terrible” or “The Terminator” was the competitor supreme. “People may say I developed an iron will, but what really happened is that I made myself much fitter. I think an iron will is always supported by fitness. “