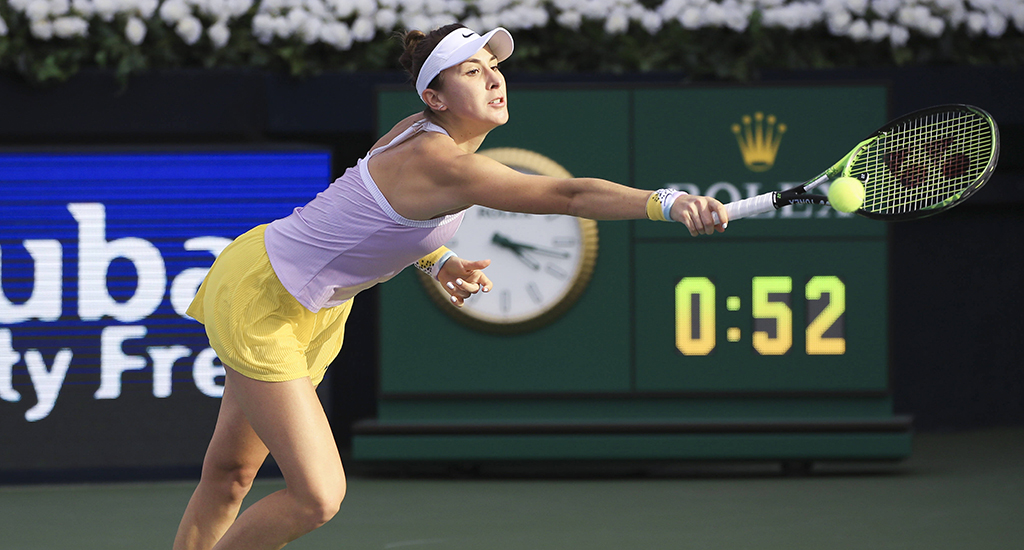 Third seed Svitolina was stunned by American qualifier Jennifer Brady, going down 6-2 6-1 in just an hour.

Brady, who beat world number one Ashleigh Barty in Brisbane last month, told the WTA website: “Maybe she just didn’t get the best start and I was able to just keep my foot on the gas and take over from there.

“I think I served pretty well throughout the whole match. I started off strong on the serve and was able to apply pressure on the return games. I think just from the beginning maybe she felt my presence.”

Bencic won the first 19 points of the match on her way to the opening set, but Russian Pavlyuchenkova staged a remarkable comeback.

“I just kept on fighting, still trying to hit every ball, trying to be there,” said Pavlyuchenkova.

“Mentally I was quite positive, just playing point by point – even though it was 5-0 and I thought ‘oh my God, it’s embarrassing, so bad’.

“I think it helped me going into the second set because I took that mentality, that mindset of being positive and fighting, trying to do my thing.”